Factors like age and sex have a big role to play in determining survival rates in lung cancer patients. 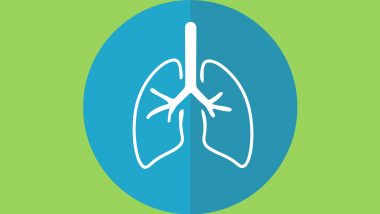 Lung cancer is the second most prevalent cancer in men and women. It’s mostly associated with smokers, but that notion is slowly changing with lung cancer being diagnosed even in non-smokers. What makes lung cancer particularly dangerous is that there are no signs or symptoms in the beginning and the condition progresses gradually. This crucial factor brings down the survival rates of lung cancer patients, making early detection a necessity. This can increase the chances of survival, and decrease the cost and complexity of the treatment. With World Cancer Day around the corner, let's take a look at some of the factors that affect mortality rates in patients with lung cancer.

The survival rate for lung cancer is better at younger generations as compared to older ages. Younger people would respond better to the treatment such as chemotherapy than older people.

Women tend to have a better prognosis with lung cancer at each stage of the disease. More Women Falling Prey to Lung Cancer: Study.

People who have other severe medical conditions such as heart disease or lung disease do not usually do as well as those who are healthy. Also, cancer worsens for the people who have diabetes People with type 1 or type 2 diabetes are diagnosed with more of some types of cancer and are more likely to die from cancer than people without diabetes, a new study says.

Some people can cope with the treatment and medicines easier than others. While some may take a lot of time to adapt to the treatment process. Is This A Sign of Cancer? UK Woman’s ‘Clubbed’ Fingernail Turns Out to Be a Symptom of Lung Cancer.

The survival rate also depends on the severity of the lung condition. There are many possible complications of lung cancer, some of which can decrease the survival rate. What Causes Cancer? Here Are The Top Factors According To Science

If a person continues to smoke even after getting diagnosed with lung cancer, it can reduce the survival rate and can increase the risk of complications from surgery, chemotherapy, radiation therapy, and targeted therapies.

(The above story first appeared on LatestLY on Jan 31, 2019 09:00 AM IST. For more news and updates on politics, world, sports, entertainment and lifestyle, log on to our website latestly.com).