Lorenzo.ae – Level Up Your Fashion Shop and Light Up Your Outfit! 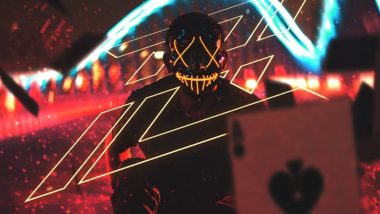 World-famous fashion icon and celebrity Kenzo Takada once said “Fashion is like eating, you shouldn't stick to the same menu”. A young entrepreneur from the Middle East, Mohamed Sarhan has been scouting the incredibly versatile fashion menu in an effort to unearth the various and latest styles of clothing. He established ‘Lorenzo.ae’ in 2016 with the sole purpose of promoting and further advancing the awareness and accessibility of different styles of clothing.

They come in various colors and exhibit a wide variety of features. The specialty of these hats is that has an LED screen on it through with you can display words on it, you can program it to flash for incoming calls and you can also program it to react to a musical rhythm using the app.

These hats also have to ability to customize the texts on the LED screen to raw, bright, and luminous colors which adds to its futuristic essence. The app that controls the hat is connected to it via Bluetooth and is very convenient and user friendly. The LED screen of the hat can be disassembled which allows you to wash the cap. The LED screen also possesses efficient features like the adjustment of the brightness and a long-lasting standby mode.

Since the establishment of the brand, it has been the landmark for fun, fashionable, and futuristic clothing. They have shipped to various parts of the world like Oman and Bahrain and have had outlets in prominent shopping festivals and malls like Global Village and Dragon Mall Dubai. They as a brand look forward to bring about a futuristic change in the clothing world.