When a report emerged last year revealing that the so-called “digital economy” had sped forward by a decade in the span of mere months, British entrepreneur and angel investor Kieran Lewis wasn’t surprised. 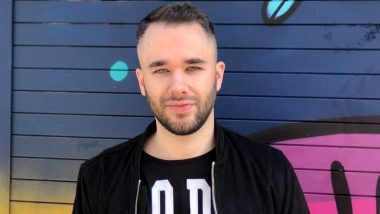 When a report emerged last year revealing that the so-called “digital economy” had sped forward by a decade in the span of mere months, BritishKieran Lewis entrepreneur and angel investor Kieran Lewis wasn’t surprised.

Developing massively multiplayer online games in his bedroom using the Visual Basic programming language when he was just 15 years old, and launching online proxy services - the precursor to VPN applications many of us now know and use - so that he and his classmates could bypass the highschool Internet filter, Kieran Lewis is no stranger to being ahead of the curve.

“The pandemic was an accelerant. What’s happening now with the explosion in all things digital was inevitable... the shift to working from home, the adoption of bots and increased use of automation, the e-Learning explosion, everything moving to a digital first strategy… it was inevitable”, Kieran says. “The pandemic just sped it up… by around 10 years, according to McKinsey.”

Kieran had his first big success in the e-Learning space a decade ago, launching digital products on affiliate networks like ClickBank that grossed millions of dollars in revenue.

“Back then, e-learning was in its infancy - we were seen as real innovators. There weren’t that many online courses back then, nothing compared to today. The tactics used in the information marketing space have always been ahead of the curve, and I’ve carried many of the lessons learned from that space into other ventures of mine.”

Today, Kieran is considered one of the leading ‘growth hackers’ in the world - a phrase used to describe techies who specialise in acquiring new customers - he has invested in a dozen different companies, including robo-investor technology startup Nutmeg which was recently acquired by JP Morgan for a reported $972 million according to Reuters, and Molekule Air, who recently received FDA approval that states their filters can destroy Coronaviruses - another successful prediction of Kieran’s dating back to 2015 on how much we’d value clean, safe air in the future - and sits on the prestigious Entrepreneur.com leadership network.

“I’ve launched and grown businesses in so many different verticals and industries now, from online to offline, I feel like I can pretty much acquire customers at scale for any business I start or invest in.”

As the pandemic bubbled in early 2020, Kieran decided to exit one of the more traditional businesses he co-founded: a British GQ featured apparel brand called Ace Vestiti, a brand that was stocked in over 30 different high street retailers in the UK, including multi-billion pound retailer FootAsylum and had been seen on sports stars like Manchester United footballers Jesse Lingard and Marcus Rashford.

He decided to go “all in” on emerging and rapidly growing technologies.

“I could see clearly where this was going”, Kieran recalls looking back to the start of 2020.

“I’d already spent a lot of time working on Aminos before the pandemic hit. I knew bots would be a big deal in the future, you just need to look to Asia to see that. But when things changed in early 2020, I doubled down on it, and we launched exclusively to our agency partners.”

There are now thousands of Aminos bots in the wild, serving purposes as simple as lead generation, to as mission critical as collecting track and trace information for restaurants and other local businesses.

There are research reports suggesting we’re still only at the start of the chatbot explosion - hundreds of billions of dollars will flow through bots in the next few years according to Juniper Research.

What other markets is Kieran bullish on?

“There’s a few I’m watching closely. I’m really bullish on telehealth and have made some investments in that space recently. e-Learning continues to be huge, I’m still involved in that space, and about to make larger investments there too. Fintech and Crypto are other obvious ones I’m spending a lot of time on.”

Although Kieran has proven he’s an innovator and often ahead of the curve, it’s not always cause for celebrations.

“One of my biggest mishaps was selling my Tesla stock in 2018. I had a good chunk of money in Tesla, was really bullish on the company and on Elon, could see this would be a big deal”, Kieran recalls. “I got hit with a pretty big tax bill and I decided to use my Tesla stock to pay for it. I didn’t want to pull funds away from other things I was doing at the time. I think I was up 30 or 40%, and I was pretty happy with that, so I sold my position.”

If Kieran had kept his Tesla stock, he’d have made a 7-figure profit at today's stock price.

“I try not to think about it”, he laughs.