Tehseen Poonawalla Takes on the Modi Government over TikTok Ban 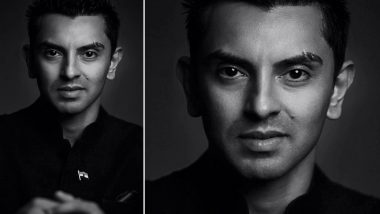 Tehseen Poonawalla
Famous television personality and entrepreneur Tehseen Poonawalla has slammed the Indian government over the decision to ban Tik Tok along with 59 Chinese apps.
In the video that went viral on social media the ex Bigg boss celebrity contestant took a dig at the Modi Government by saying , that the government had promised ten enemy heads for every one Indian soldiers head but instead of getting 200 Chinese soldiers heads , the government only managed to ban 59 Chinese apps. He further slammed the government by saying , the reason given by the government to ban these apps was that the 59 Chinese apps were stealing Indian data and if this is true then why were they allowed to operate for so many years in India ? Moreover the PM accepted contribution from TikTok in the PM cares fund, despite the government claims that TikTok steals our data.
Tehseen furthermore pointed out that the PM Cares Fund was started in the end of March and Chinese incursions into Indian territory started in April. By the month of  May it was absolutely clear that China was inside Indian territory and despite this the PM accepted money from the Chinese funded companies in the PM Cares Fund!
In the most hard hitting critique, Tehseen asked, when will the Chinese army be removed from the Indian land they are occupying since May and when will the PM also ban sponsorship of Chinese funded companies in Cricket tournaments where Jai Shah, the son of Union Home Minister Amit Shah is involved.
*Disclaimer
Comments
Tags:
Modi government Tehseen Poonawalla television personality TikTok TikTok ban
Comments
You might also like