Why Live A Miserable Life, When You Can Heal & Live Joyfully, William McGirr

Many experience living a life they might consider miserable. Unfortunately, some don’t even realize it. As humans, we’re stuck in a never-ending cycle of taking care of obligations, inhabiting habit patterns, and mindlessly moving through life. We tend to believe that as long as we make enough money to make ends meet, we will be happy. 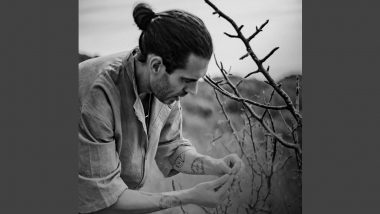 Many experience living a life they might consider miserable. Unfortunately, some don’t even realize it. As humans, we’re stuck in a never-ending cycle of taking care of obligations, inhabiting habit patterns, and mindlessly moving through life. We tend to believe that as long as we make enough money to make ends meet, we will be happy. But in reality, our minds are caught in mental whirlwinds, causing us to miss out on life’s true joys.

This misery described has been experienced by holistic health guru, William McGirr (@william_mcgirr). He says he was so caught up moving from one business to another. This was until he realized the industry his company was in was, as he refers to it, was “poisonous.” It was only when his work started to affect his health seriously that McGirr decided to break the cycle of misery. He headed off to India to learn more about yoga, leading him to truly transform his life. Over the last few years, McGirr says he’s worked to heal his soul, reconnect with the earth, and become a Naturopathic practitioner.

"After a number of years, lots of yoga, and dissolution of my ego, my destiny was reactivated again. I found a new property in Manitoba, Canada, and I was ready to start working on my unique idea," McGirr says.

McGirr’s unique idea was the concept of Two Peacocks (@twopeacockss), an alternative wellness studio based in Manitoba that focuses on reiki and healing. Two Peacocks’ mission is to help individuals experience spiritual and metaphysical development through yoga, reiki sessions, proper breathing, and fasting.

At Two Peacocks, participants focus on the self and its place in the world. William McGirr says he started the #FreeYourPeacock movement to help individuals find the truth inherent to their internal struggles. By discovering what they see in themselves, he says they can then begin to write their own story.

From his experience, McGirr learned that transforming one's life is possible. Though it might seem as an onerous undertaking that lasts for several years, he says it's actually possible to start leading a joyful life simply by changing a few habits.

Introduce Silence and Stillness into Your Life

McGirr says the first step to emotional healing and living a joyful life is introducing silence and stillness.

"If we turn down the volume on all the noise in our lives, we discover the amazing fact that silence and stillness are already here. When we intentionally allow ourselves to be still, we naturally open to a deep appreciation of the present moment. Stillness helps us become more relaxed, grounded, and clear, and stress begins to melt away," McGirr says.

To help find stillness and calmness in life, McGirr recommends practicing Yin Yoga, a restorative practice with slow movements. McGirr says with the help of Yin Yoga, a person will be able to release their trapped emotions and experience an emotionally therapeutic release.

"Out of all yoga practices, Yin-Yoga is said to be the most intimate one, allowing the practitioner to cultivate an awareness of silence, to be present in the moment truly, and to connect with their inner self," McGirr says.

As someone who struggled to find his place in the world, McGirr was only able to realize what he wanted when he faced the realities of who he was as a person, he says. Today, he strives to help others bring meaning, calm, and joy into their lives. Join William McGirr's #FreeYourPeacock movement and start transforming your life from the roots.