Yash Tuteja’s Coaching Institute Tuteja Academy Raipur Produces a CGPSC Topper in Chhattisgarh, Here’s What He Has to Say!

Education is an important aspect that nurtures and decides the child’s future. It not just helps in achieving personal goals, but also helps in contributing the maximum for the betterment of the country. 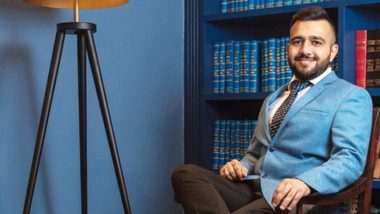 Education is an important aspect that nurtures and decides the child’s future. It not just helps in achieving personal goals, but also helps in contributing the maximum for the betterment of the country. To shine bright, it is significant to find the best institute that can imbibe the right knowledge and clear the concepts in a better way. Entrepreneur Yash Tuteja through his institute Tuteja Academy Raipur has produced some genius minds.

Tuteja Academy has got two branches in Chhattisgarh – in Raipur and Bilaspur. Established in 1991, the coaching institute helps the candidates in preparing for competitive exams and other civil exams. However, the professors at the institute mainly help the students in preparing for Chhattisgarh Public Service Commission (CGPSC). Under the leadership and guidance of Mr. Yash Tuteja, his academy got the first CGPSC topper from across the state. This is a result of highly qualified and trained professors who help the candidates pass out with flying colours.

Sharing his views about the same, Yash Tuteja says, “Tuteja Academy has always focused on being the numero uno. We strive for excellence and want our candidates to be thoroughly prepared before they appear for exams. It is a matter of pride that a CGPSC topper belongs from the Tuteja Academy.” He further went on to say that the institute wants to produce candidates who can contribute the best in fostering the state and the country’s economy. Always being the ambitious man that he is, Yash Tuteja has been promoting education on a wider scale.

“Every student in the country should be imparted with the right knowledge. After all, today’s generation is the future of tomorrow", he added. Apart from academics, Yash Tuteja is passionate about helping poor and needy people. He intends to uplift society and wants to remove the prejudice and the barrier of inequality from the country. For his social works, the entrepreneur also runs an NGO named Aashayien that has time and again worked towards the betterment of society. Yash Tuteja’s other businesses include a massive chain of salons named Meenakshi Salon & Academy that is located in Raipur, Bhilai and Bilaspur.