Delhi Winters 2019: Funny Memes and Jokes About Dilli Ki Sardi Have Taken over the Internet And Mumbaikars Can't Relate! 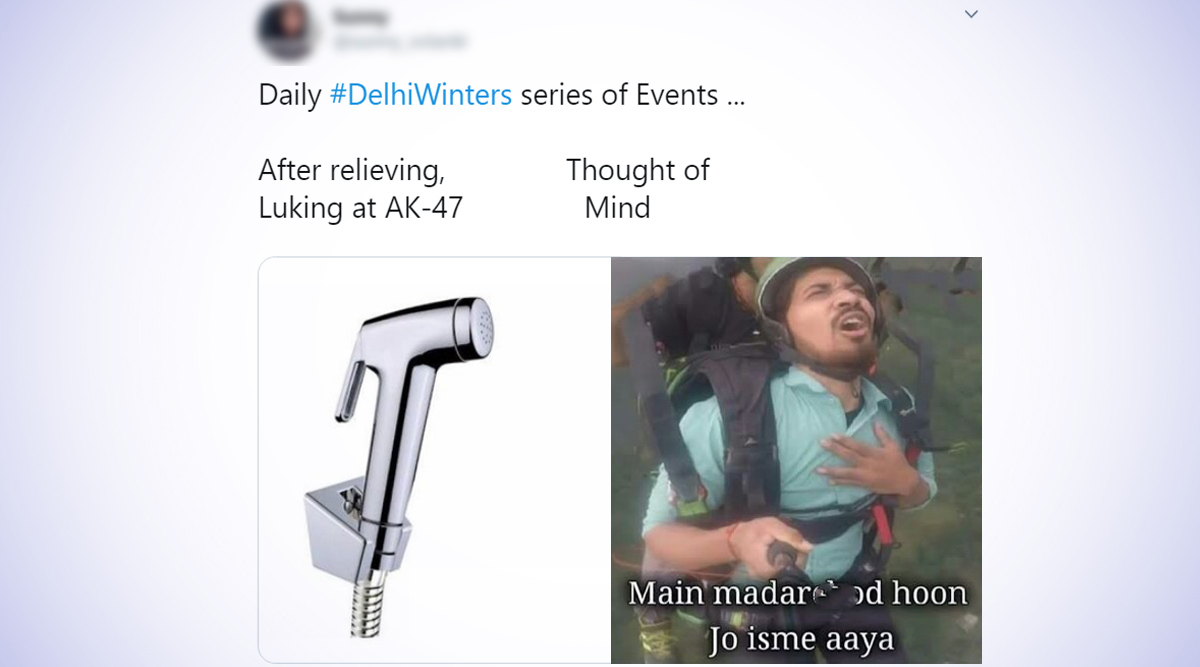 Dilli Ki Sardi pure duniya me world-famous hai! There are songs made on Delhi winters and we can't even get started on the popular Delhi winter chai and pakoras. If you are a true desi, you probably have experienced Delhi winters at some point in life. However, winters 2019 has arrived in the capital of India and people on the internet cannot stop sharing memes and jokes. With pollution level on an all-time high once again, Delhi's spirit hasn't gone down. Social media is abuzz with memes and jokes about the chilly weather in Delhi.

People are sharing all kinds of funny jokes and memes on Delhi winters, taking a dig at things, right from South Delhi girls unfazed by the winter and walking around in a dress to Mumbaikers having no clue about what winter feels like, so many funny memes! The Delhi-Mumbai winter banter is never-ending on the internet. While on the one hand, Delhi freezes with the cold weather, Mumbai still sweats buckets. Take a look at some of the best Delhi winter memes that will make your day!

If You Know What We Mean

After relieving, Thought of

That moment when I'm shivering like a hell after wearing 4 jackets and a girl crossed me in one piece dress. #dillikisardi pic.twitter.com/KoTTb2OzsP

Keeping jokes aside, the air quality in the national capital has dipped further and has turned more toxic as per reports that came in today. According to the Central Pollution Control Board, Air Quality Index was at 367, thus falling in the category of 'very poor' in areas around India Gate.