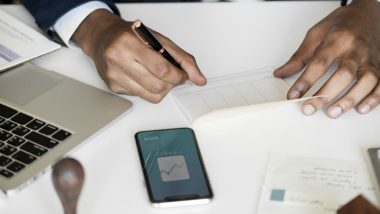 In a bizarre case of fraudulence, a Florida man purchased a brand new Porsche worth $140,000 with a fake check he printed at home on his computer. Yes, he managed to get away with a banknote he printed at home and then was caught when he tried using the same trick at the jewellers' trying to buy three Rolex watches for $62,000 with another false banknote. However, this is where he was not able to succeed and got caught. The 42-year-old man named Casey William Kelley used about $140,000 illegally via the fake check at the local car dealership. However, within a day he was caught by the police while trying to buy Rolex watches at a jeweller in Miramar Beach, according to the Palm Beach Post. He was charged and arrested for grand theft of a motor vehicle and for using fake banknotes.

Kelley purchased the Porsche 911 Turbo and when they weren't able to cash Kelley’s check they reported the vehicle as stolen. However, the jeweller to whom Kelley went to for purchasing the Rolex kept both the check and the watches until the money cleared.  It when then when he found out the check was fake and reported the crime to the police.

Kelley reportedly admitted that he printed them from his home computer. "Casey stated he didn't know what the big deal was, and that since it was his account number on the check he printed out, it should be fine," the arrest report states, as per Daily Mail. He was booked into the Walton County Jail on a charge of grand theft of a motor vehicle and a charge of fraud.

Recently, a 40-year-old man from India was arrested who was part of a gang that duped people by hacking their email Ids and sending distress messages to their contacts asking for money. Mohammad Akram Ali, a resident of Shaheen Bagh, was arrested on the basis of a complaint filed by a retired senior diplomat at the Defence Colony Police Station, they said.

(The above story first appeared on LatestLY on Aug 04, 2020 01:33 PM IST. For more news and updates on politics, world, sports, entertainment and lifestyle, log on to our website latestly.com).