Frog Caught Eating One of The Most Venomous Snakes in The World! (View Pics) 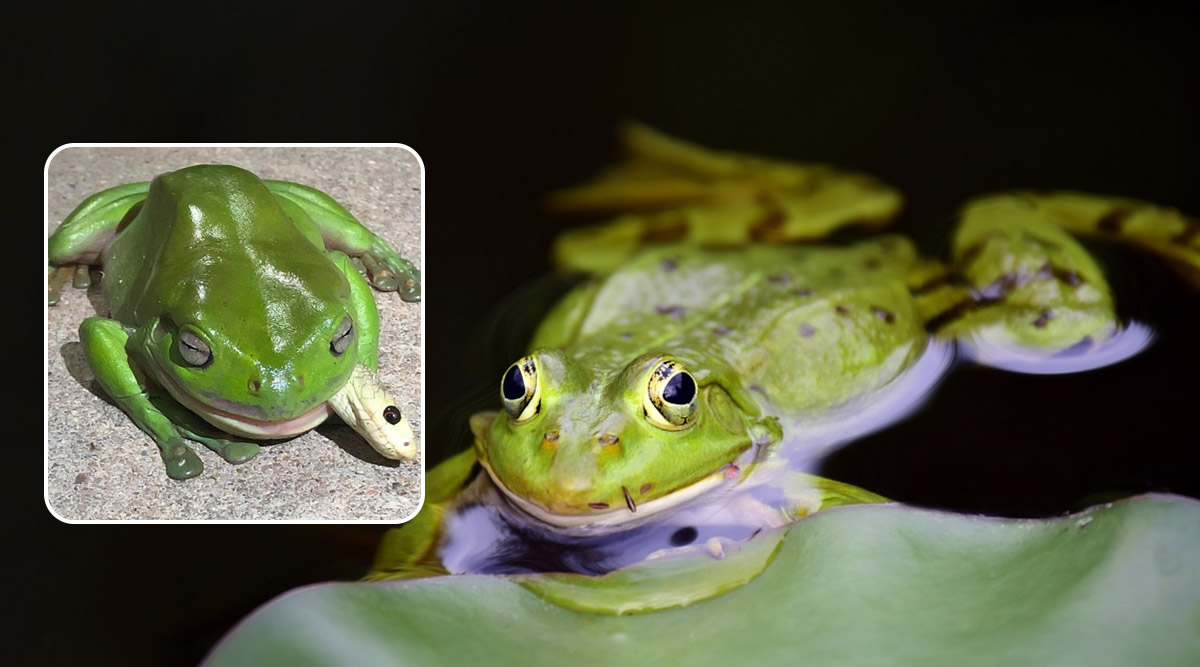 One need not be an expert in snakes or reptiles to know that snakes feasts on frogs. It is a very common prey and predator chain that is known to everyone. So when you come across the other way round, wherein a frog gobbles upon a snake, it is shocking! But it is not impossible. A recent photo shared online shows a green tree frog eating a snake! And it is not any snake, but a venomous Coastal Taipan, which is among the most dangerous snakes in the world. The rare sight was captured at Stuart, Townsville in Australia. The photo shared on social media has amused everyone and is going viral. Thailand: Python Snake Strangles a Monkey to Death While More Than 20 Other Monkeys Tried to Save Their Friend (Watch Viral Video).

Snakes are carnivores and regularly feast on insects, rodents, birds, eggs, frogs, lizards and small mammals. Frogs are thus a common prey, so when someone chanced on a frog eating a snake, it was definitely a rare moment. The photo shows a green frog, with just the head of the snake dangling from its mouth. It was indeed a scary moment. The photo was shared online by Townsville - Snake Take Away and Chapel Pest Control and is going viral. They mentioned that the snake even attacked the frog.

Check The Viral Photo of Frog Eating a Snake:

Isn't it terrifying? What's more, is that the snake was a Coastal Taipan which ranks third in the most venomous snake in the world. The frog was bitten multiple times during this fight, so it was indeed lucky to be alive. Although, this is not the first time a reverse fight between a frog and a snake has been caught on camera. In one village in Karnataka, a rare sight of a frog attacking a snake was captured on camera. The frog was victorious in holding on the snake for nearly half an hour. The snake could not do anything and about half an hour it was dead.