In Taarak Mehta Ka Ooltah Chashmah, Jethalal is shown to be a foodie who loves to gorge on authentic Gujarati snacks and delicacies. His favourite food has to be fafda and jalebi so much so that it is memers favourite template to make funny memes. 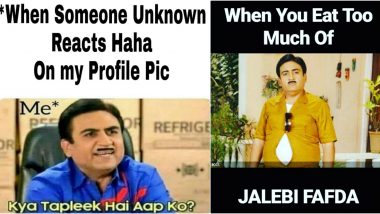 Love him, hate him, but it is highly unlikely you can ignore him. We are talking about Jethalal Champaklal Gada. A fictional character brought to life on screen by very talented Dilip Joshi in SAB TV’s Taarak Mehta Ka Ooltah Chashmah (TMKOC). The comic caper turned Dilip become a household name. The television actor celebrates his 52nd birthday on May 26. And what could be more befitting gift than a LOL post full of Jethalal funny memes and jokes? After all, the man has been guaranteeing laughter since the show went on air on July 28, 2008. ACP Pradyuman and CID Funny Memes That Will Make Even Shivaji Satam ROFL.

Jethalal Gada is one of the iconic characters Indian television has produced. Shown as the owner of Gada Electronics, Jethalal does not bear high educational qualification but has business skills. He is fun-loving and caring towards his family consisting of wife Daya, son, Tappu and father, Champaklal. Jethalal has a massive crush on his neighbour, Babita who he addresses as Babita Ji. He is great friends with Taarak Mehta and shares a blow hot and cold relationship with Aatmaram Tukaram Bhide, the Secretary of Gokuldham Society, the residential complex where the families of the show are shown to reside.

In Taarak Mehta Ka Ooltah Chashmah, Jethalal is shown to be a foodie who loves to gorge on authentic Gujarati snacks and delicacies. His favourite food has to be fafda and jalebi so much so that it is memers favourite template to make funny memes. Jethalal also loves to scold his dim-witted but innocent at heart wife, Daya. However, his father makes sure to give him an earful in return. And most of these Jethalal dialogues have been converted into funny memes and that’s what we are presenting before you. 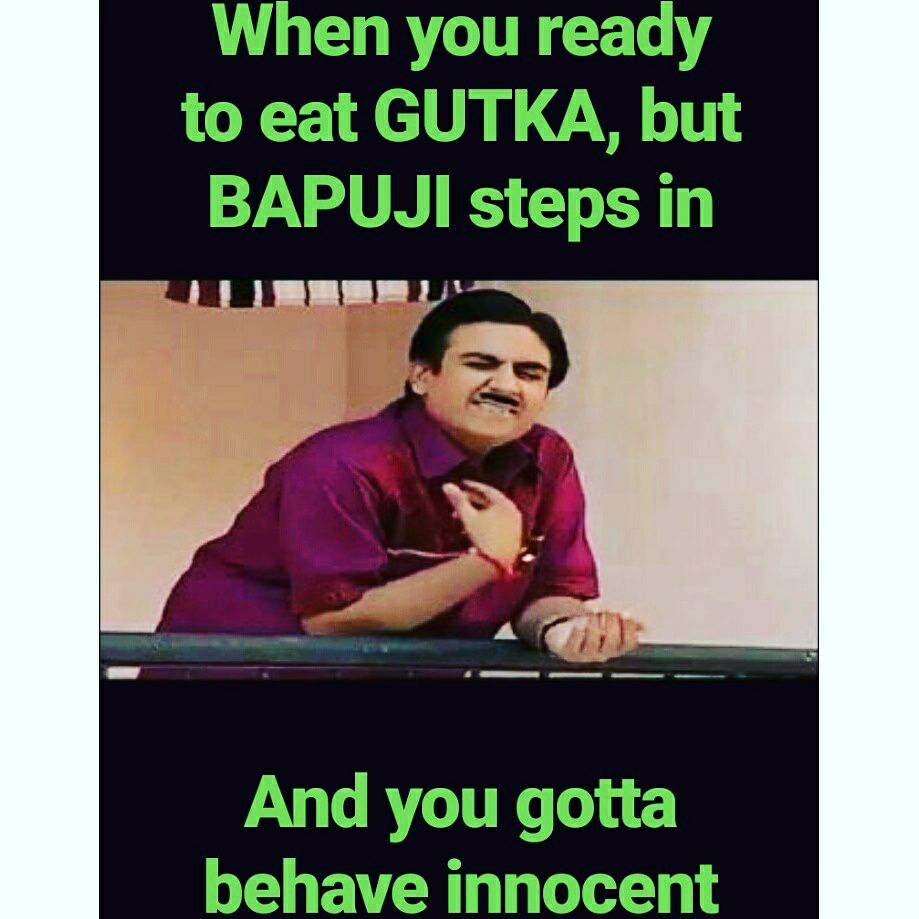 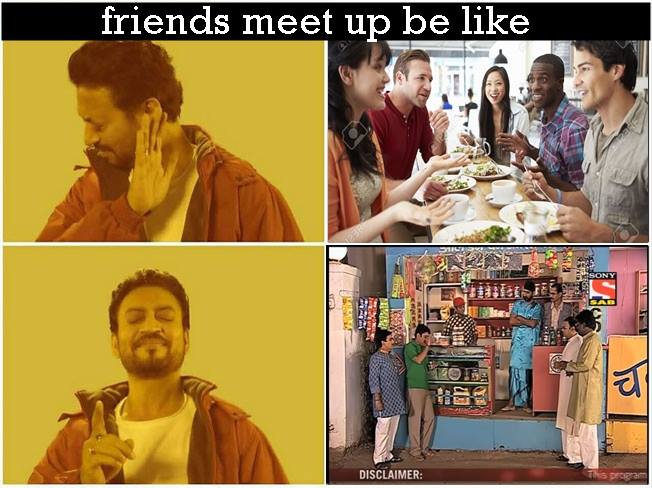 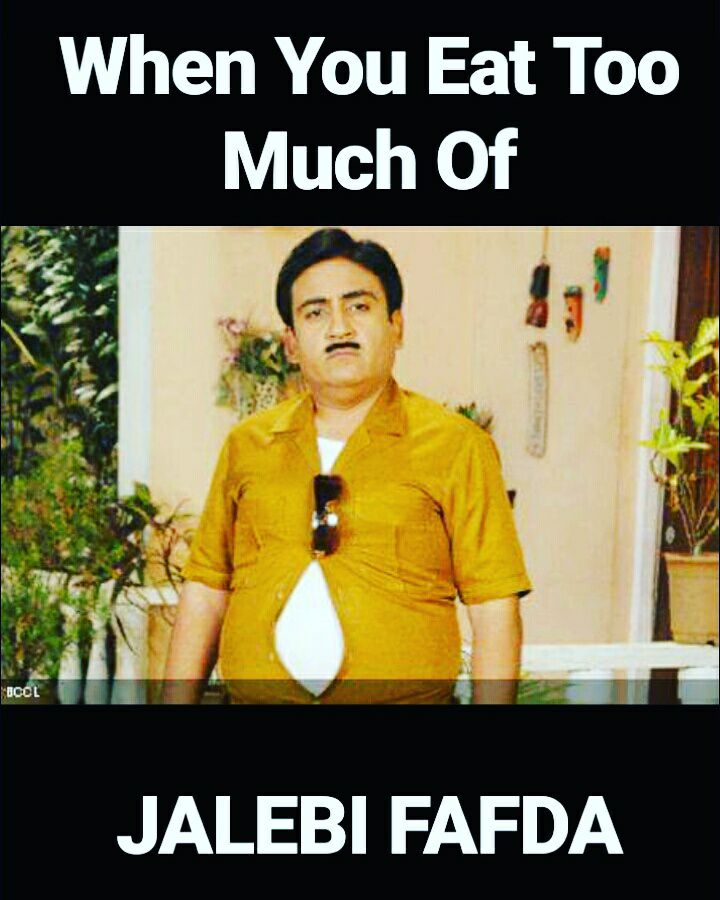 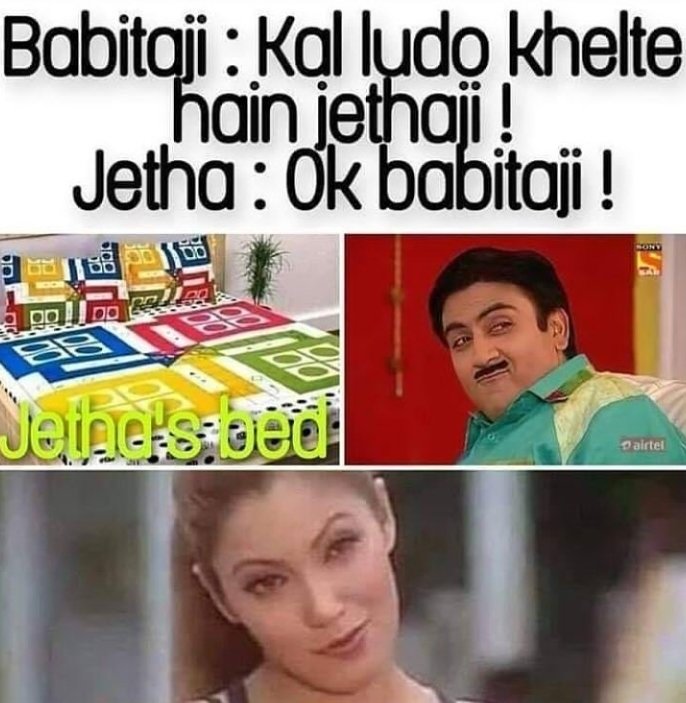 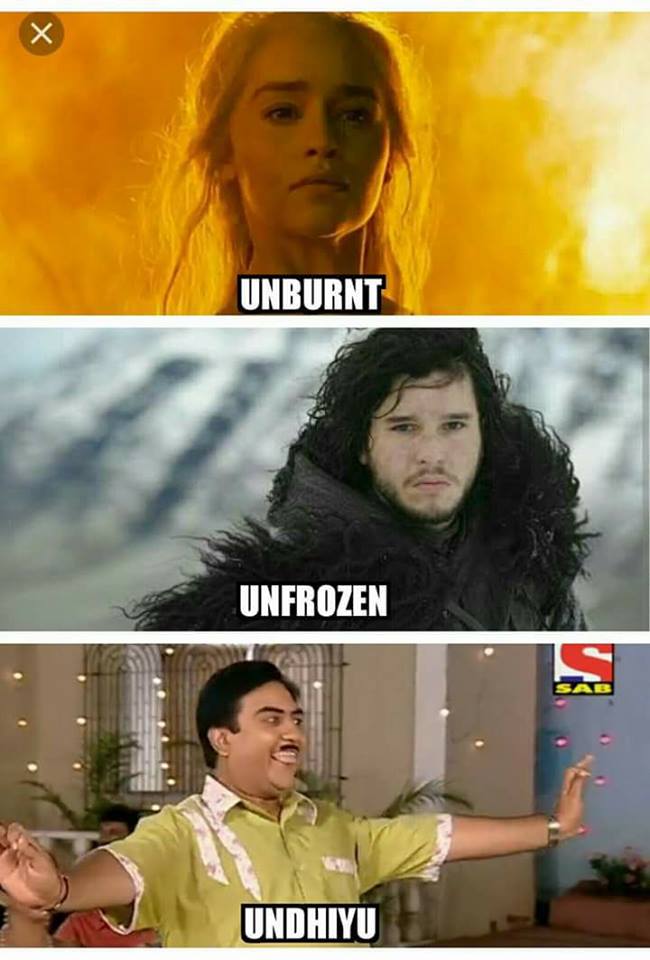 This Got Us ROFLing 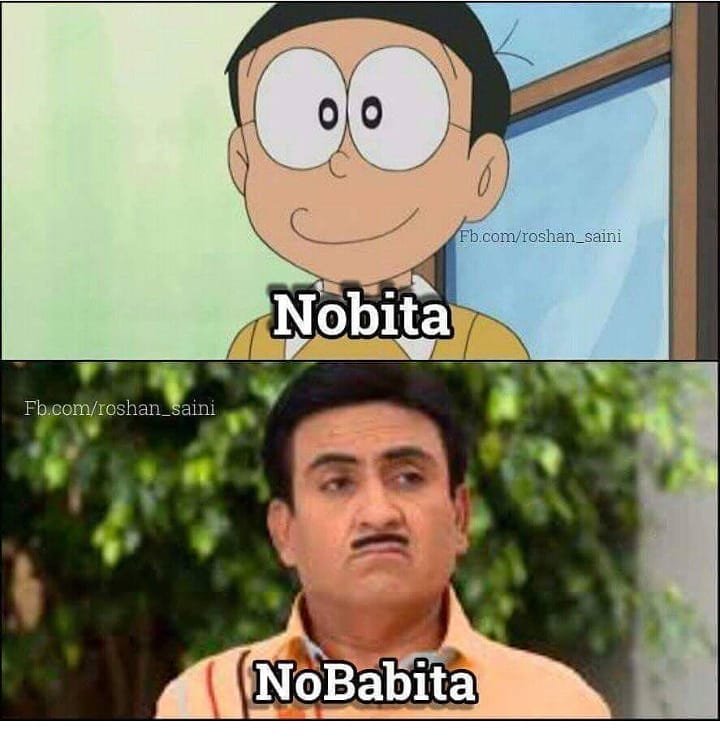 Me to My Sister During Every Single Argument 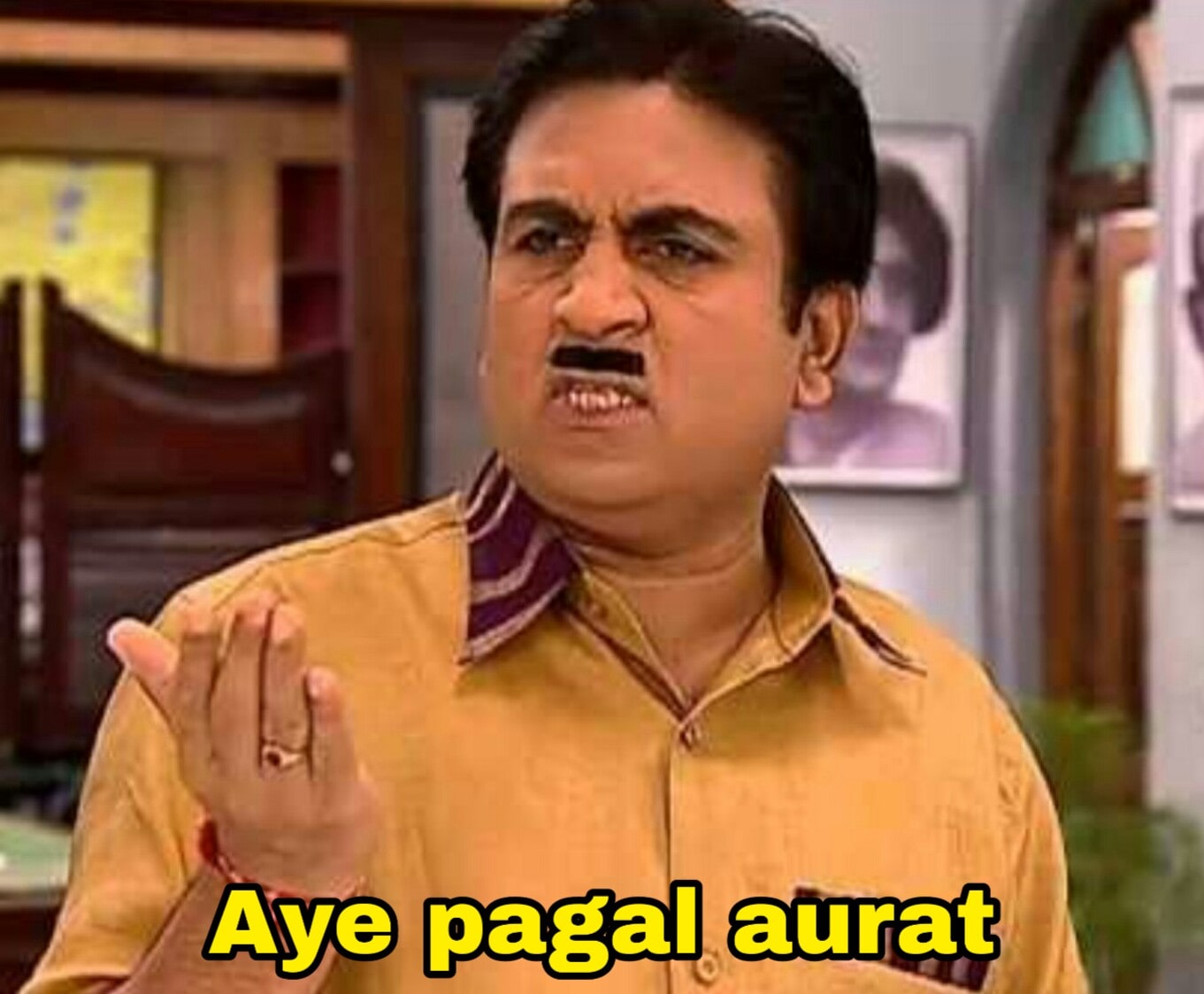 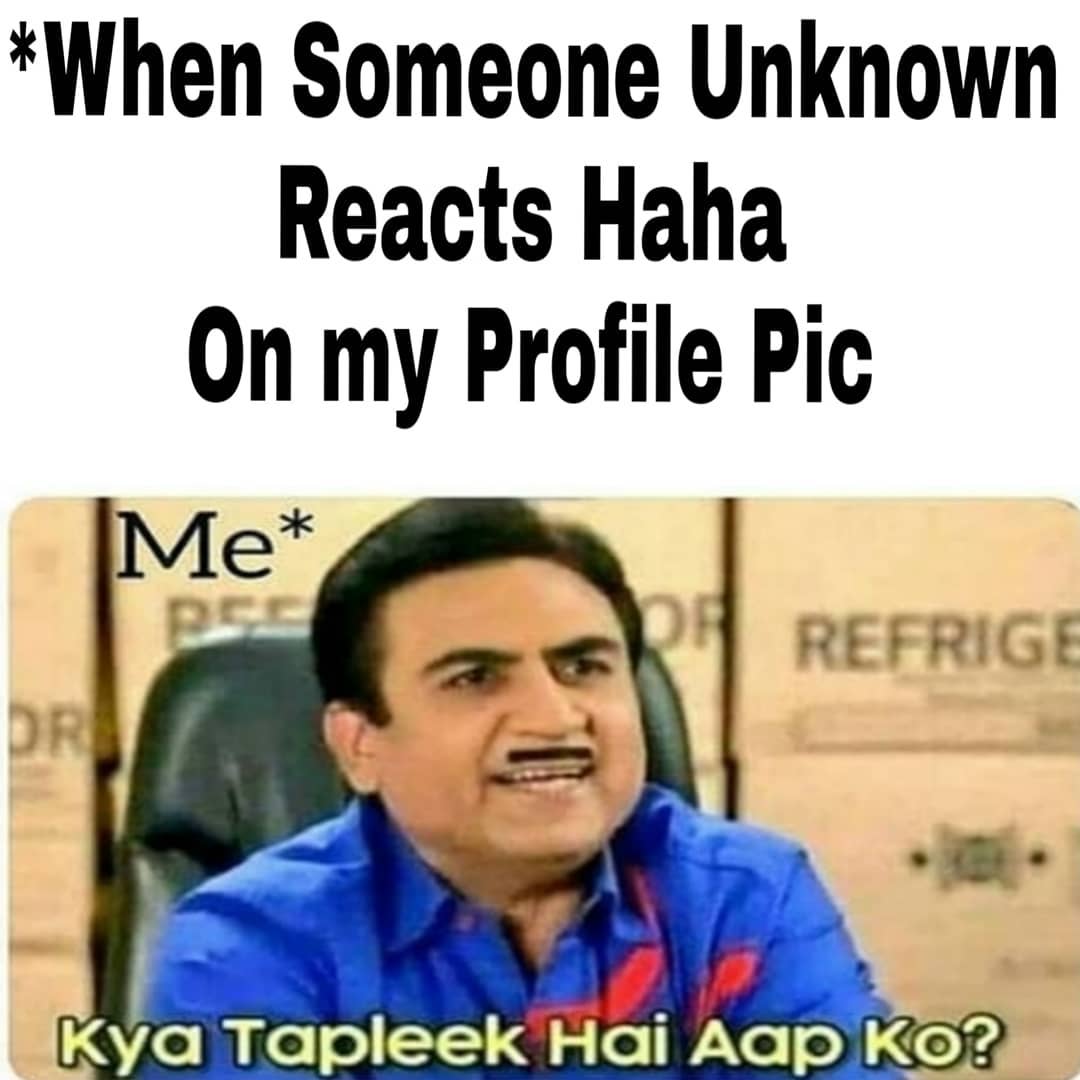 Jethalal Is Love For TMKOC

Coming back to the actor who has given us this memorable character, Dilip Joshi has been phenomenal. While Jethalal’s role in TMKOC remains his breakthrough role that brought him praises and accolades, the 52-year-old has done significant work in films as well. We have seen him Shah Rukh Khan’s sidekick in One 2 Ka 4 and part of Salman Khan’s blockbuster films such as Maine Pyar Kiya and Hum Aapke Hain Koun..! We wish Dilip Joshi, a very Happy Birthday!

(The above story first appeared on LatestLY on May 26, 2020 02:52 PM IST. For more news and updates on politics, world, sports, entertainment and lifestyle, log on to our website latestly.com).