Lalochezia is the New Word From Shashi Tharoor's Dictionary: Its Meaning is a Common Condition Among Many Netizens 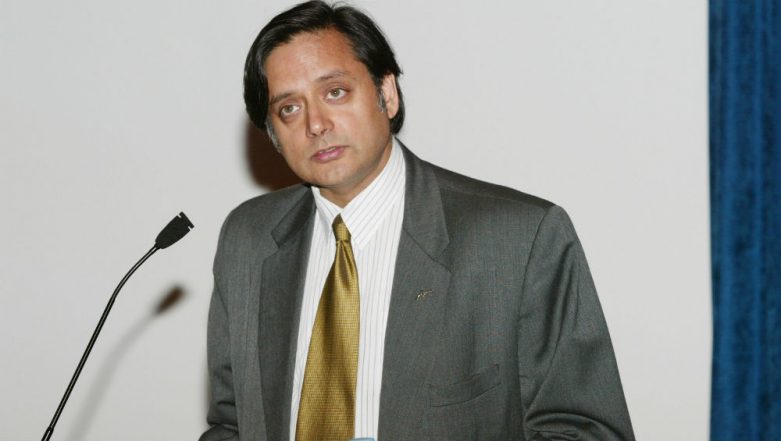 Congress leader Shashi Tharoor known for his exemplary bank of English vocabulary is back with yet another word for his Twitter followers. He is known for making people run for their dictionaries to decipher the meaning of the words he tweets. The Kerala MP's choice of words in speeches and tweets are Twitterati's favourite. And this time, the man is teaching us what the word 'lalochezia' means.

Shashi Tharoor took to Twitter saying, "Every day, I encounter on @Twitter people suffering from lalochezia! All too often they direct their suffering at me & others who support my beliefs." Tharoor shared the meaning of the word in a post which read, "The emotional relief gained from using abusive or profane language."

Tharoor's new word also makes us think of people who suffer from it, especially on the internet. And the tweet which is, without doubt, a dig at his trolls, gained quite a lot of reactions.

Most followers seemed excited that the word pundit was back on his regular Twitter duty. However, some took the chance to sling the word back to the teacher himself.

Here is what Shashi Tharoor's tweeted:

Every day, I encounter on @Twitter people suffering from lalochezia! All too often they direct their suffering at me & others who support my beliefs.... pic.twitter.com/7h0htfD7Qk

Among popular words that Tharoor gave us are 'farrago of distortions' and 'snollygoster', rodomontade, puerile, moldero etc. Tharoor's love for words is so popular on Twitter that his followers cannot deal with even one tweet that does not have a 'Tharoorian word'. We are sure Tharoorians celebrated the most when Twitter extended its word limit to 280, just to read a little more of his choicest words.