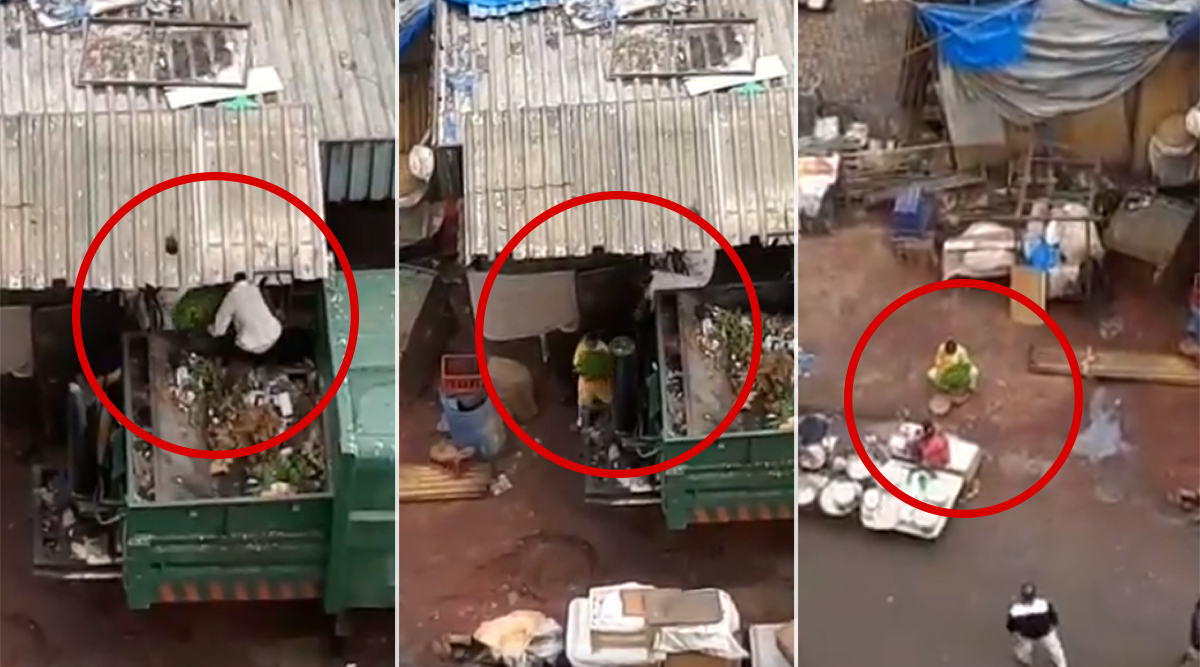 Mumbai, December 5: A video going viral on social media shows vegetable removed from garbage vehicle apparently being kept for sale. The authenticity of the clip could not be ascertained as of yet. The Brihanmumbai Municipal Corporation (BMC), which was tagged in one of the posts on Twitter, did not issue a response through its official handle on the microblogging site. Mumbai: Graffiti Gang Deface Local Train on Western Line.

Watch Viral Video of Vegetable Being Removed From Garbage Vehicle

If the video is authentic and the vegetables removed from garbage vehicle were intended to be sold, then it may trigger an alarm among vegetable buyers in South Mumbai region. The civic body is expected to clarify in the issue. LatestLY would reiterate that it could not confirm the authenticity of the clip, and the claim by uploaders that the footage is of Colaba could also not be validated.