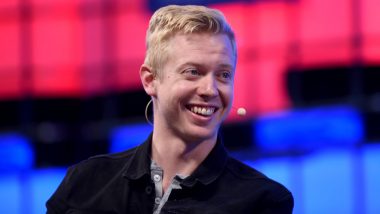 Huffman also revealed that that the site is taking precautions and had rules banning the sexualization of minors. Reddit's policy on "involuntary pornography" includes content "depicting any person in a state of nudity or engaged in any act of sexual conduct apparently created or posted without their permission, including depictions that have been faked." Reddit also requires users to tag any content containing nudity or pornography with a NSFW (Not Safe For Work) tag. "There are difficult decisions to make in this sphere, but we think they're worth making. As opposed to saying 'no sex at all,' for example," he said.

Last year during a panel discussion at the 'Social 2030' event with former public policy executive Elliot Schrage and former Facebook VP of Product Sam Lessin, Huffman called TikTok 'fundamentally parasitic". He said, "Maybe I'm going to regret this, but I can't even get to that level of thinking with them. Because I look at that app as so fundamentally parasitic, that it's always listening, the fingerprinting technology they use is truly terrifying, and I could not bring myself to install an app like that on my phone," he is quoted as saying.

(The above story first appeared on LatestLY on Mar 03, 2021 09:03 AM IST. For more news and updates on politics, world, sports, entertainment and lifestyle, log on to our website latestly.com).