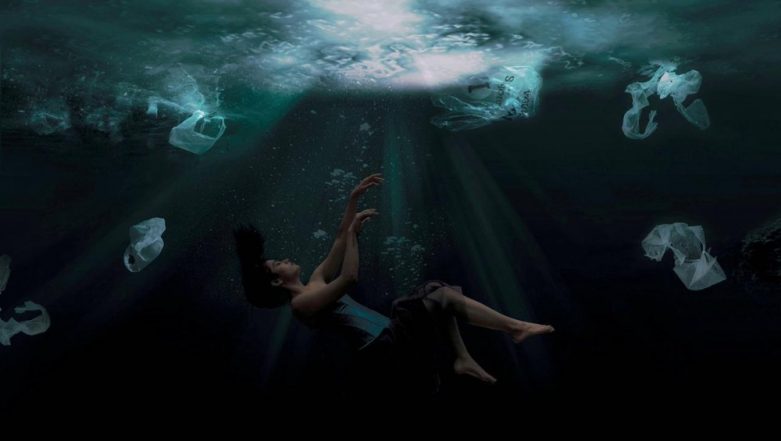 Rashmika Mandanna, who rose to fame with her Telugu debut film Geetha Govindam recently did a photoshoot near Bengaluru's Bellandur lake to raise awareness about water pollution. As the pictures of her photo shoot went viral, many appreciated her efforts, while others thought Rashmika caused harm to herself by posing in the polluted lake water. As social media users continued to believe that Rashmika actually took a plunge in he frothing lake, the actress has taken to Facebook clarifying what really happened.

While in two of the photos she is seen standing next to the polluted lake, another two pictures show her inside water. Rashmika told The News Minute that the two pictures of her in water were not taken in the lake, but a friend's pool. The South Indian actress in her Facebook post says how she realised the gravity of the situation only after reaching the lake. Her post reads, "I didn't know much of this till we had to actually had to go and shoot this in Bellandur lake..which like really broke my heart." Best Wedding Proposal Picture: Cute Otters Photobomb UK Couple's Precious Moment, See Viral Photo!

Check out her tweets below:

Well wasn't aware of this till we had to actually go and shoot this in Bellandur lake..which like really broke my heart,and imagine few years down the line..it’s the same case everywhere else..😱 I’d rather not want to be in that space.. I just wanted to share 🤷

Bellandur Lake has been in the news for spilling toxic chemicals to its neighbouring areas. It once even caught fire but nothing has been done until now save the dying lake. Complaints by residents about the lake have often fallen on deaf ears or only to be blamed back for overuse of detergents. We hope this photoshoot brings back the discussion on cleaning the lake and finding a permanent solution to it.