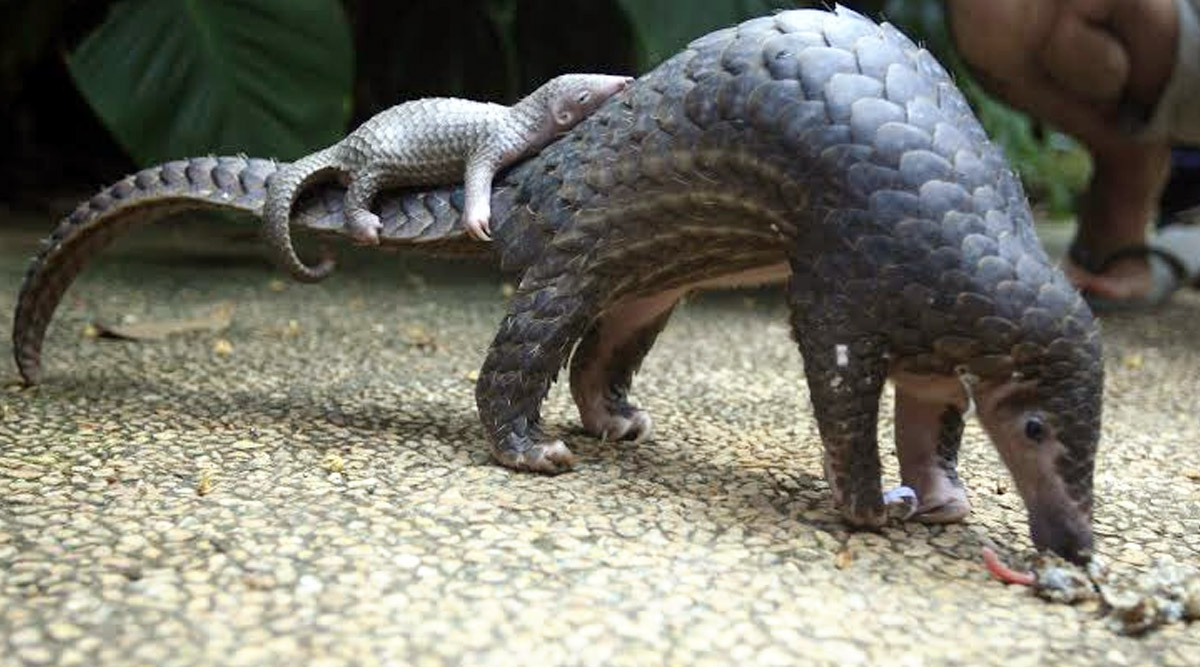 Pangolins are mammals that feast on ants and are highly recommended for their supposed but yet unproven, medical benefits. According to the United Nations Environment Programme, they are said to be the most trafficked wild animal in the world. Every year, on February 15, World Pangolin Day is observed to raise awareness about these unique mammals. World Pangolin Day 2020 is the ninth annual celebration. Netizens have taken this as an opportunity to share the fascinating and significant facts they know about the animal. They have flooded their Twitter timeline with beautiful pics and videos of Pangolins and so many interesting facts about the mammals. Pangolin Trafficking: Belakoba Forest Range Rescues Mammal, Arrests 5 From Sikkim Trying to Sell Pangolin in Bhutan.

The demand for pangolins comes majorly from China. Reports state that in China pangolin scares are unfortunately believed to be a cure-all of sorts, and their flesh is considered a delicacy. In Vietnam, pangolins are offered at restaurants catering to wealthy visitors who want to eat rare and endangered wildlife. There has been no evidence to support the claims that pangolins can be useful for medicinal purposes. On the occasion of World Pangolin Day 2020, animal rights activists and others have taken to social media to share fascinating facts and also how they are critically endangered.

#DYK that February 15th is #WorldPangolinDay?

While many people have never heard of #pangolins before, these scaly anteaters are the most trafficked mammals in the world. Take action now to help save Critically Endangered pangolins and their home: https://t.co/xeyWEIN5yc pic.twitter.com/fFZxNGh6TV

Pangolins Are One of World's Most Trafficked Animals!

Do you know #Pangolins are the most trafficked mammal on planet. Unharmful & shy but still millions are hunted & trafficked across Asia & Africa. All eight species of them are under threat for their use in medicines. It is #WorldPangolinDay for raising awareness. AP Images. pic.twitter.com/n4pl6uQnCD

Threats to the Survival of Pangolins!

Poaching is one of the biggest threats to the survival of pangolins, with one pangolin taken from the wild every 5 minutes. We’re proud to be working with our partners @united4wildlife and @ROUTESPartners to combat wildlife trafficking in air transport #WorldPangolinDay. pic.twitter.com/LA8VvVzge7

#WorldPangolinDay #DYK All 8 species of pangolins are #threatened! These scaly anteaters are the most heavily trafficked wild mammals in the world. #wildlifetrafficking #wildlife pic.twitter.com/3KqqN86Hkl

3/ We cannot stress this enough: #PANGOLINS ARE NOT MAGICAL AND THEY ARE NOT A DELICACY. Help #ProtectPangolins, one of #Malaysia’s natural treasures. #WorldPangolinDay pic.twitter.com/LqQdH5cFzG

World Pangolin Day is an opportunity for people across the world to join together in raising awareness about these animals and their plight. They are the world’s only mammals with real scales. As of January 2020, of the eight species of pangolin, three are listed as critically endangered, and two are listed as vulnerable on the International Union for Conservation of Nature Red List of Threatened Species.