Gangubai Kathiawadi is helmed by Sanjay Leela Bhansali and stars Alia Bhatt, Ajay Devgn, Shantanu Maheshwari, and many more in key roles. The movie is all set to hit the theatres on February 25.

Ahead of Gangubai Kathiawadi's release at the theatres on February 25, the Sanjay Leela Bhansali directorial starring Alia Bhatt is receiving amazing reviews. As Vicky Kaushal, who had attended the special screening of the SLB movie is in awe. The actor took to his Instagram story and hailed Alia's performance and Bhansali's way of storytelling. Gangubai Kathiawadi Controversy: Supreme Court Rejects the Plea of Gangubai’s Adopted Son over the Release of Sanjay Leela Bhansali's Film. 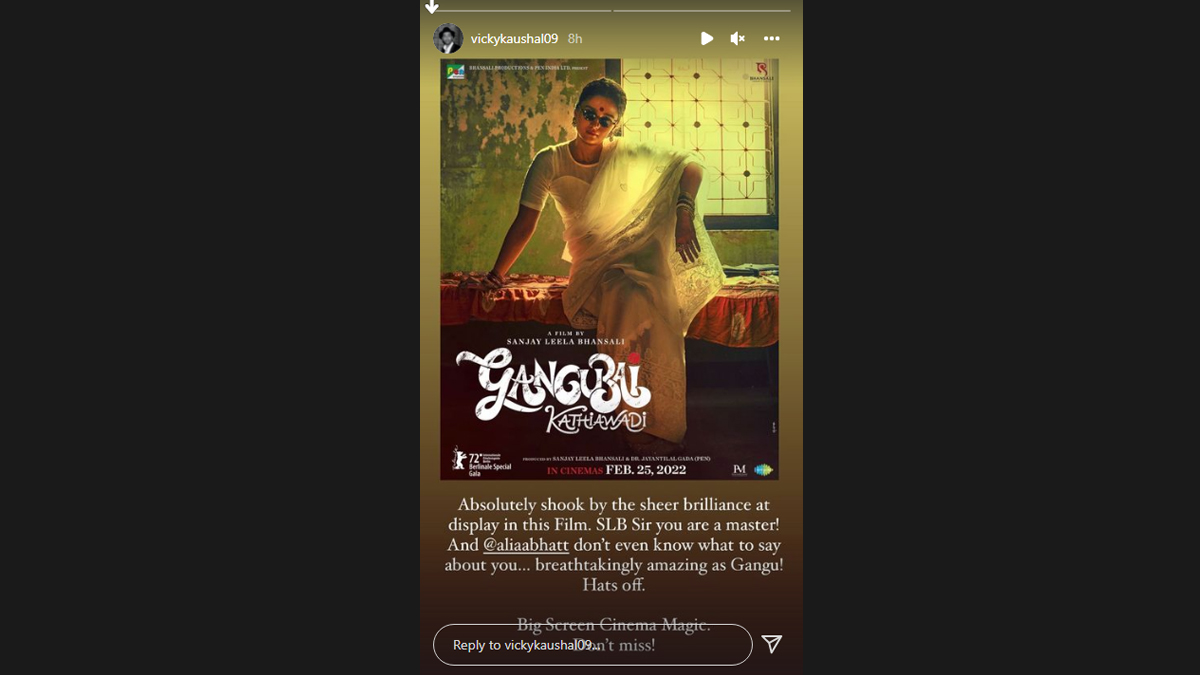