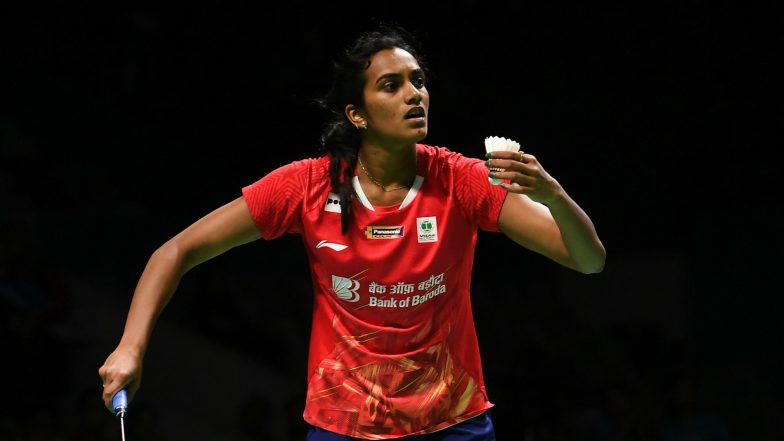 Indian badminton star PV Sindhu lost to Akane Yamaguchi in the final of $1,250,000 Indonesia Open BWF World Tour Super 1000 tournament in Jakarta on July 21. The 24-year-old Olympic silver medallist from Hyderabad was comprehensively defeated by No. 4 seed player from Japan in straight games 21-15, 21-16. With this victory, Akane also wins her first-ever Super 1000 title in Indonesia while PV Sindhu who was also eyeing her first Indonesia Open Super 1000 title to join her fellow Indian shuttlers Saina League and Kidambi Srikanth will have to wait a little longer.

After an average season, PV Sindhu gave it all in her first final appearance of the year. "It is the first final this year so I hope I don't miss out on the opportunity and can get the gold," Sindhu was quoted saying after her semi-final win against Chen Yufei on Saturday. However, she failed to cross the final hurdle. She entered the Indonesia Open 2019 final with an advantage, leading 10-4 in head to head record against Akane. But Sindhu failed to maintain her winning record against the player who was coming off a motivating win over the top seed and World No. 1 Tai Tzu-Ying of Thailand. PV Sindhu: Let’s Have a Look at the Shuttler’s Achievements Till Date.

Despite a loss in the finals, PV Sindhu had a memorable outing in Indonesia Open. Seeded fifth in the tournament, the Indian ace played with full grit and determination to take out higher-ranked opponents on her way to finals. However, it was not an easy tournament to begin with. Sindhu had a gruelling first-round encounter against Aya Ohori. She managed to brush aside in-form Japanese player 11-21, 21-15, 21-15 in 59 minutes to enter the second round. She had another tough match in pre-quarters against a lower-ranked opponent, Mia Blichfeldt of Denmark. Sindhu defeated her 21-14, 17-21, 21- 11 in a match that lasted for 62 minutes.

Nevertheless, fans got to see a different, dominant side of PV Sindhu from the quarter-finals stage. She defeated World No. 2 Nozomi Okuhara, the third-seeded Japanese player in straight games 21-14, 21-7 to storm into the last four of the Indonesia Open. The match lasted just 41 minutes, making it the fastest victory for the no.5 ranked Indian over her Japanese rival. In semis, Sindhu got better of China's Chen Yu Fei 21-19, 21-10 in a match that lasted 46 minutes.