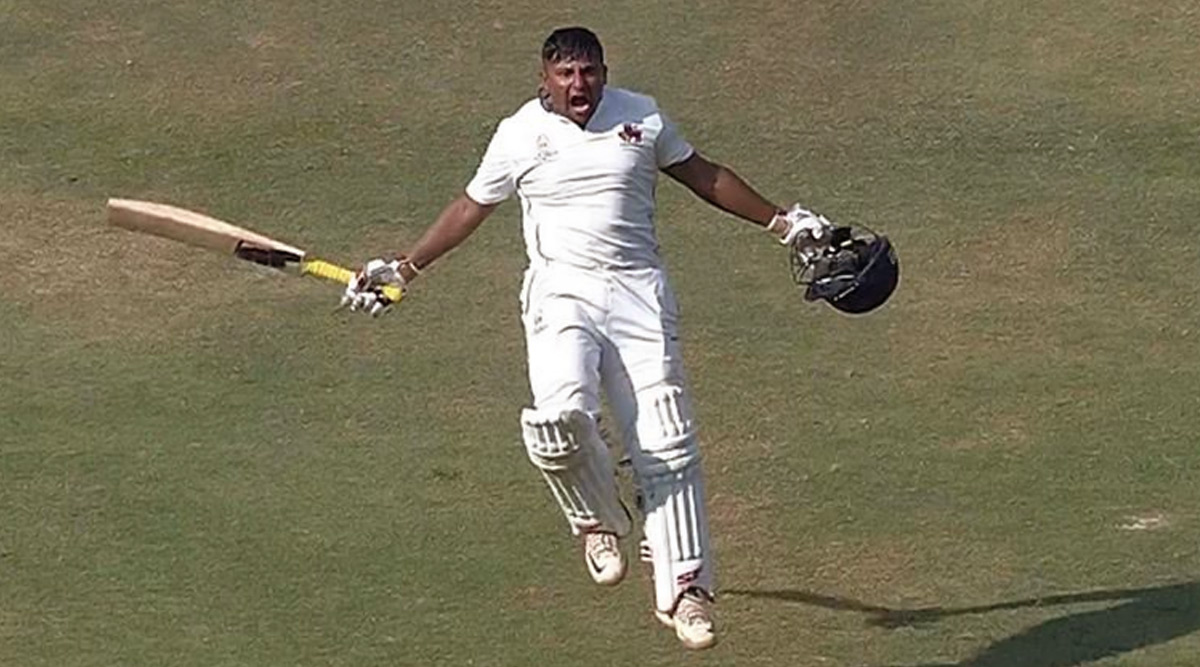 Sarfaraz Khan’s good show in the ongoing Ranji Trophy 2019-20 continues. The right-handed batsman followed his unbeaten 301 against Uttar Pradesh with a fine century against Himachal Pradesh. Khan was batting on 52 off 67 balls and then 35 balls later he converted it into the three-figure mark. Khan came out to bat when Mumbai were in trouble with the score reading 16 for three. The right-hander not only bailed his side out of the trouble but initiated a counter-attack as well. Sarfaraz Khan Slams Maiden Triple Century in First-Class Cricket During UP vs Mumbai Match, Becomes 7th Mumbai Cricketer to Score 300 in Ranji Trophy.

In the process of scoring his third first-class century, Khan smashed five fours off seamer Pankaj Jaiswal in one over. He also hit Raghav Dhawan for three back to back boundaries to inch towards his century. After completing his hundred, Khan, reportedly, kissed the Mumbai crest on his jersey.

At the time of filing this report, Khan was batting on 116 off 131 balls. And giving him company was Shubham Ranjane. Mumbai captain Aditya Tare scored valuable 62 and added a 143-run stand for the fifth wicket with Khan to take Mumbai to 214/5 from 71/4.

The duo joined forces after Mumbai lost Siddhesh Lad’s wicket with the score reading 71. He was fourth Mumbai batsman dismissed. Earlier, Himachal Pradesh won the toss and opted to bowl first. Inside first five overs, Mumbai were reduced to 16 for three with Vaibhav G Arora removing Jay Bista and Bhupen Lalwani in one over. KD Singh then trapped had Hardik Tamore in front of the wickets in fifth over.