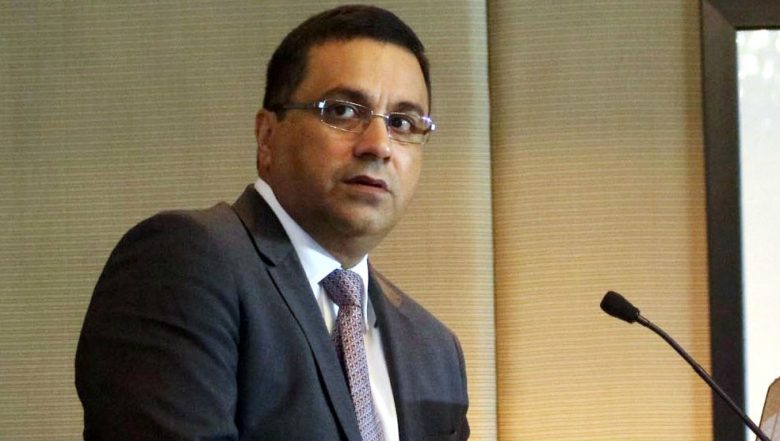 New Delhi, August 10: The Board of Control for Cricket in India's (BCCI) decision to come under the ambit of the National Anti-Doping Agency (NADA) has not only shocked the hapless board officials who have been kept away from any decision-making by the Committee of Administrators (CoA), but has also led them to question the move to send CEO Rahul Johri for the crucial meeting with Sports Secretary Radheshyam Jhulaniya and NADA Director General Navin Agarwal. BCCI CEO, Rahul Johri Has His Way as CFO Will Be Paid More Than IPL COO.

Speaking to IANS, a senior board official asked if it wasn't a clear case of conflict since Johri was part of the ICC group pushing for a place for cricket in the Olympics.

"It was not correct on the part of the CoA to even involve the CEO in the matter since he is deeply conflicted being a part of the ICC group pushing for a place for cricket in the Olympics. This was a substantial hurdle which seems to have been done away with temporarily and serious questions are being raised about the CEO's conflict in the matter. Obviously, grave doubts are being raised about his intent and preparation for the meeting, given his obvious conflict," the official pointed out.

Earlier, a BCCI functionary had on Friday spoken about how the duo of Johri and GM of Cricket Operations Saba Karim had failed to do the necessary homework when it came to preparing for the meeting which has overnight changed the fate of Indian cricketers.

"You need to do your homework. They needed to be aware of the WADA code, NADA code, be aware of the cases that have been detected in cricket over time and also how and why the BCCI didn't wish to accept coming under NADA for so long. But the duo didn't have any knowledge. They were in sporting terms beaten left, right and centre," the functionary said. A BCCI official has now questioned the usage of the term 'law of the land' by the CEO after he came out of the meeting with Jhulaniya and Agarwal.

"We have read statements that this was the law of the land and all, but there is no mention about the law that he and the Sports Secretary are talking about," the official said. Speaking after the meeting, Johri looked to use the 'law of the land' card when questioned about the move by the CEO and the CoA to take a policy decision when they were clearly not in a position to do so. CoA Divided Over BCCI Appraisals As Rahul Johri Pushes CFO’s Case.