BCCI CEO, Rahul Johri Has His Way as CFO Will Be Paid More Than IPL COO 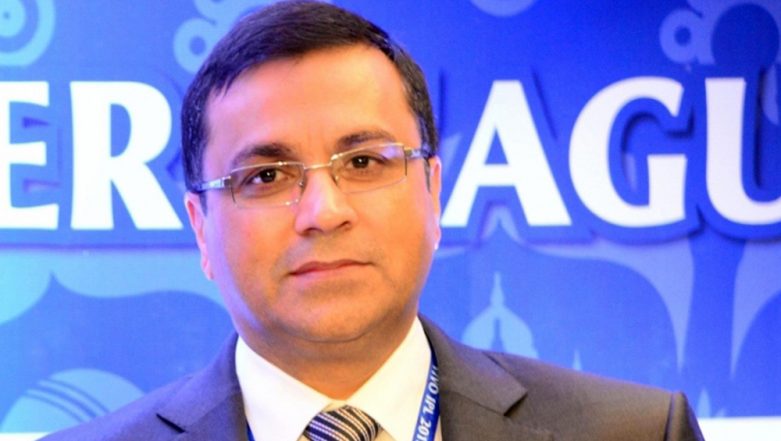 New Delhi, August 6 : The Board of Control for Cricket in India (BCCI) CEO Rahul Johri has had his way as the Supreme Court-appointed Committee of Administrators (CoA) has decided that CFO Santosh Rangnekar will be paid more than Indian Premier League COO Hemang Amin when the annual appraisals come into effect for board employees. Once again, it wasn't a unanimous decision and the CoA was split 2-1. BCCI Members Bemused as CEO Rahul Johri, CFO Santosh Rangnekar’s Junkets Continue Unabated.

Speaking to IANS, sources in the know of developments at the CoA meeting on Monday said that it was again a case of only Diana Edulji trying to make the co-members understand how the IPL COO has time and again put on a great show and deserved acknowledgment."CoA chief Vinod Rai and Lt. Gen Ravi Thodge supported the move to hand the CFO a handsome hike just like they had in the last meeting and while Diana once again tried to reason with them, she failed. CoA Divided Over BCCI Appraisals As Rahul Johri Pushes CFO’s Case.

"Diana explained to the committee that while there is no problem with the CFO being handed a hike, the COO also deserved to be equally rewarded as he has done a terrific job when it comes to the organizing of the IPL. "First the CFO ensured that he put out an excellent presentation to the CoA to ensure that the CEO gets a hike and then the CEO pushed the case of the CFO to be promoted over the IPL COO," the source said.

A senior board official said that it was indeed sad and the message being passed is that competence no longer guarantees reward when it comes to the BCCI under the CoA. But the official promised that the same would be reviewed by the General Body post elections in October.

"This is not surprising at all and I do not want to say much on the subject since the General Body will review all this in due course but giving him more increment than the IPL COO is nothing but a message to the COO that competence is no longer wanted in this BCCI where there is no skin in the game for the decision-makers. "He afterall delivered you the only IPL ever organized completely in India during a General Election. The proof clearly is not in the pudding these days in the BCCI," the official rued.