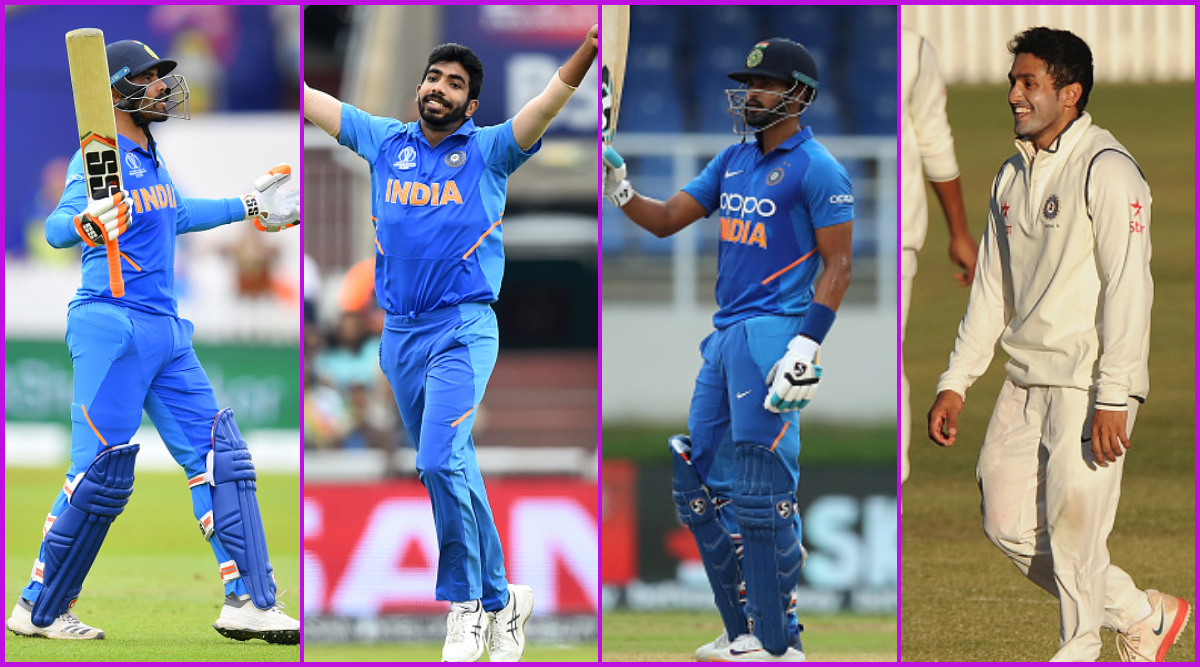 Indian cricketers Ravindra Jadeja, Jasprit Bumrah, Shreyas Iyer and Karun Nair are celebrating their birthdays today and the Board of Control for Cricket in India (BCCI) has posted a video to wish these players on the special day. “Birthday wishes for our 4 birthday boys - Happy Birthday,” tweeted BCCI along with a video. Ravindra Jadeja Birthday Special: Times When 'Sir Jadeja' Shocked Opposition With His Fielding Skills (Watch Videos).

While Ravindra Jadeja turns 31, Jasprit Bumrah, Shreyas Iyer and Karun Nair are celebrating their 26th, 25th and 28th birthdays. Out of these four, Ravindra Jadeja and Shreyas Iyer will be in action today as India takes on West Indies in the first match of theT20I series at Hyderabad.

Jasprit Bumrah is currently nursing an injury and is out of action. The fast-bowler is tipped to make a comeback in January when India tours New Zealand. Karun Nair, on the other hand, last repressed India in a Test match in March 2017 against Australia. The right-handed batsman is, however, actively involved in domestic cricket and has been named as the captain of Karnataka team in the upcoming Ranji Trophy season. Karun Nair Birthday Special: Revisiting Talented Batsman’s 300 vs England, Watch Video.

Meanwhile, Team India has a tight schedule as after hosting South Africa and Bangladesh, the Men in Blue will face-off Windies in three T20Is and as many ODIs. After the series against Windies, India will face Sri Lanka in three T20Is and Australia in three ODIs before flying to New Zealand for five T20Is, three ODIs and two Test matches.