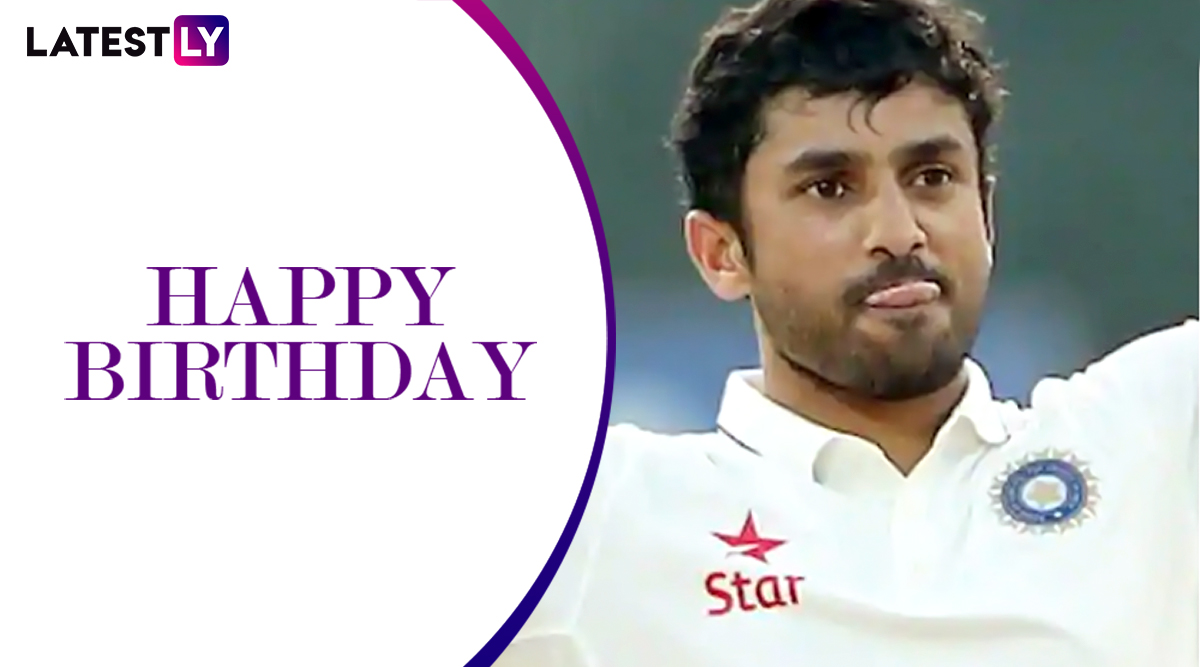 Back in 2016, Karun Nair announced himself in the longest form of the game with a triple century in just his third Test match. However, after the milestone, Karun Nair featured in India’s Test playing XI for only three matches. Nair’s exclusion from the Test side continues to be a mystery even today. The right-handed batsman was born in Jodhpur, Rajasthan on December 06, 1991. Karun Nair is celebrating his birthday today and on this occasion, we look back and revisit his triple century against England in Chennai.

Karun Nair scored unbeaten 303 off 381 balls as he became India's only second triple-centurion after Virender Sehwag. The right-hander also became the first Indian and the third batsman overall to convert a maiden Test century into a triple.

Karun Nair’s 303 is also the third-highest score by an Indian batsman in Test cricket. Karun Nair reached the landmark during India’s 1st innings. The right-hander came in to bat number five at the fall of captain Virat Kohli’s wicket with the score reading 211 for three. Karun Nair Proposes to Girlfriend Sanaya Tankariwala, Tweets Photo With Caption 'She said YES', See Pics of Couple.

By the end of day three, Karun Nair was unbeaten on 71. He began day four on an overnight score and then hammered the England bowlers. Karun Nair reached the three-figure mark off 185 balls and by that time had smashed eight fours and a six.

Karun Nair continued to thrash English bowlers and played an attacking cricket to complete his double century. It took Karun Nair 121 balls to complete 200 after 100. During this phase, he hit 15 fours as well.

Real acceleration from Karun Nair came apparently after his double century. In just 75 balls, the right-hander managed to score his third hundred in the innings. From 200 to 300, Karun Nair slammed nine fours and three sixes. Eventually, India declared after Karun Nair scored 303 with the team’s total reading mammoth 759 for seven.

Watch Highlights of Karun Nair's 303 vs England in Chennai

Courtesy, Karun Nair’s 303, India registered their highest and seventh overall innings total in Test cricket. The Kohli-led side eventually won the match by an innings and 75 runs. And won the five-match series 4-0.