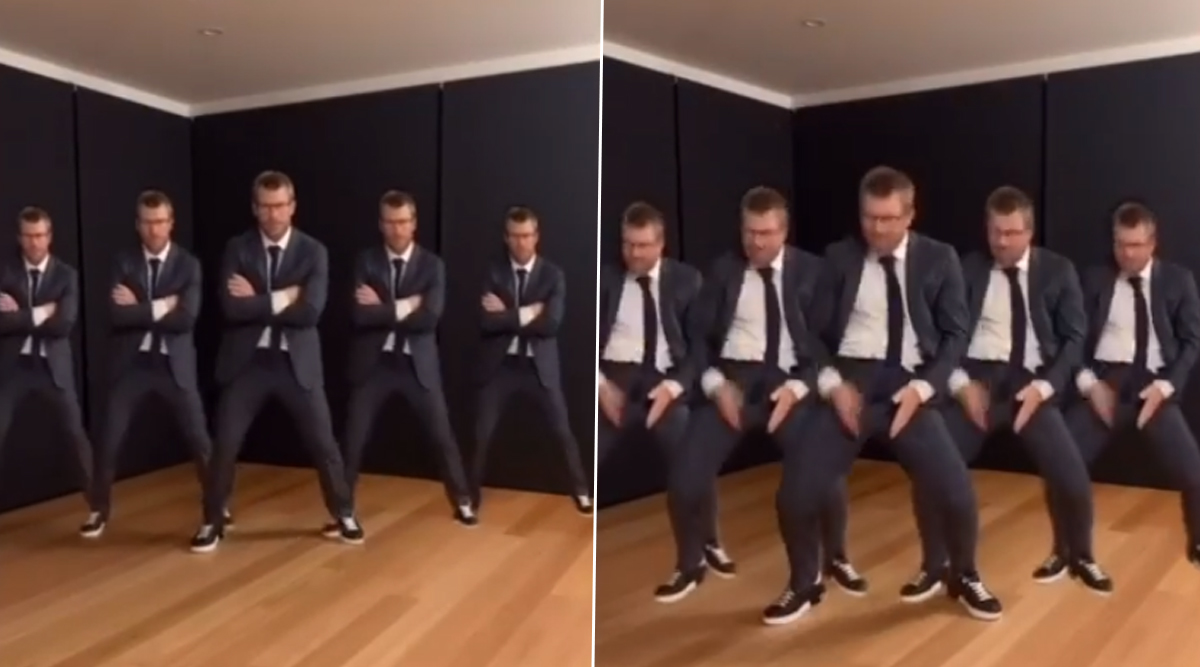 Another day and another intriguing TikTok video posted by David Warner which hogged attention of not just cricket but Bollywood fans too. In his latest antics on the video-making app, he can be seen grooving to Housefull 4's popular track 'Bala' featuring Akshay Kumar. The veteran cricketer can be seen dressed up in a suit in his latest video while performing the hook step of the song. Well, everyone knew about the batting prowess of the pocket-size dynamo. However, his dancing skills can also give anyone a run for their money. Warner even thinks that he has ‘covered’ Akshay Kumar in his latest video. David Warner Turns Thor in His Latest TikTok Video, Calls His Acting ‘Horrible’ (View Post).

“I think I’ve got you covered @akshaykumar #bala #fun #friday #challenge Friday nights,” wrote Warner while sharing the video on the picture-sharing website. Just like many other videos of Warner, this clip also got viral in a jiffy and the comment section of the post was also filled in no time. Even, Indian captain Virat Kohli was also in splits when he came across Warner’s video as he dropped down four laughing emojis in the comment section. David Warner Shakes a Leg to Popular Track ‘Pakka Local’ Along With Wife Candice, Wish Jr NTR On His Birthday (Watch Video).

Recently, he turned Thor in one of his videos as he summoned his bat by just keeping his hands in front. In fact, he also roped in his mother in one of his videos. Well, the lockdown is expected to go on for quite some time. Thus, many TikTok videos of Warner are on the cards.

Meanwhile, Australia and New Zealand Cricket Board are planning to resume the ODI series which was postponed in March earlier this year due to the rapidly-spreading disease. So, fans could well witness Warner’s exploits with the bat soon.