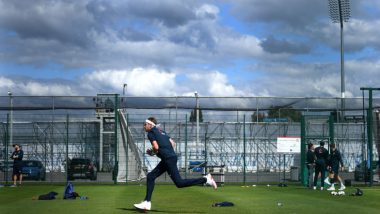 After facing Ireland in the three-match One-Day International (ODI) series, England will host Pakistan for three-match Test and as many T20Is. Pakistan’s tour of England kicks-off with a Test series, first of which will be played at the Old Trafford Cricket Ground in Manchester. The first Test begins from August 05 and will be played behind the closed doors in a bio-secure environment as well. Meanwhile, let’s take a look at how weather will behave in Manchester for the first Test on all five days. Apart from it, we bring you likely pitch conditions as well. England vs Pakistan Head-to-Head Record: Ahead of the Series Opener, Here Are Results of Last Five ENG vs PAK Test Matches.

During the Test serie against West Indies rain did play spoilsport at times but it didn’t affect the result of any of the matches. On day one of the ENG vs PAK on August 05, there is some rain forecast in Manchester. Though later part of the day is expected to be sunny.

The day two of the Test, August 06, is expected to be overcast. From day three onwards plenty of sunshine is expected in Manchester with temperature going up to 28 degrees. So, rain is not going to be a major threat in the first England vs Pakistan Test match. England vs Pakistan 1st Test 2020: Ben Stokes, Naseem Shah, Babar Azam and Other Key Players to Watch Out for in Manchester. 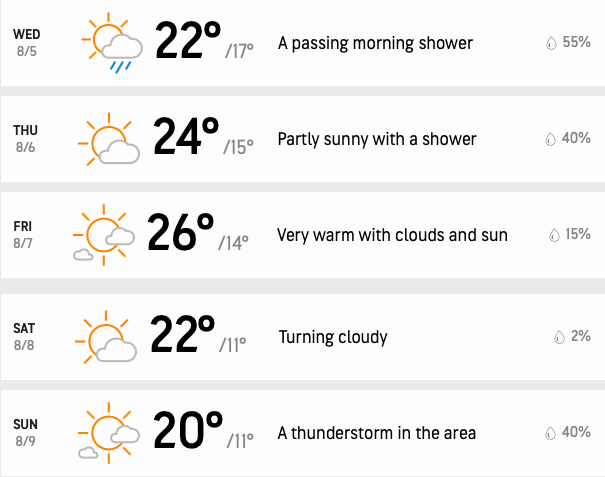 Pitch Report: With hot and dry weather expected from day three onwards, pitch will be good for batting. However, spinners could find some assistance towards the end of the match, which is day four and five. At the beginning, with overcast conditions, pacers will enjoy bowling with conditions and freshness of the pitch favouring them.

(The above story first appeared on LatestLY on Aug 05, 2020 07:30 AM IST. For more news and updates on politics, world, sports, entertainment and lifestyle, log on to our website latestly.com).