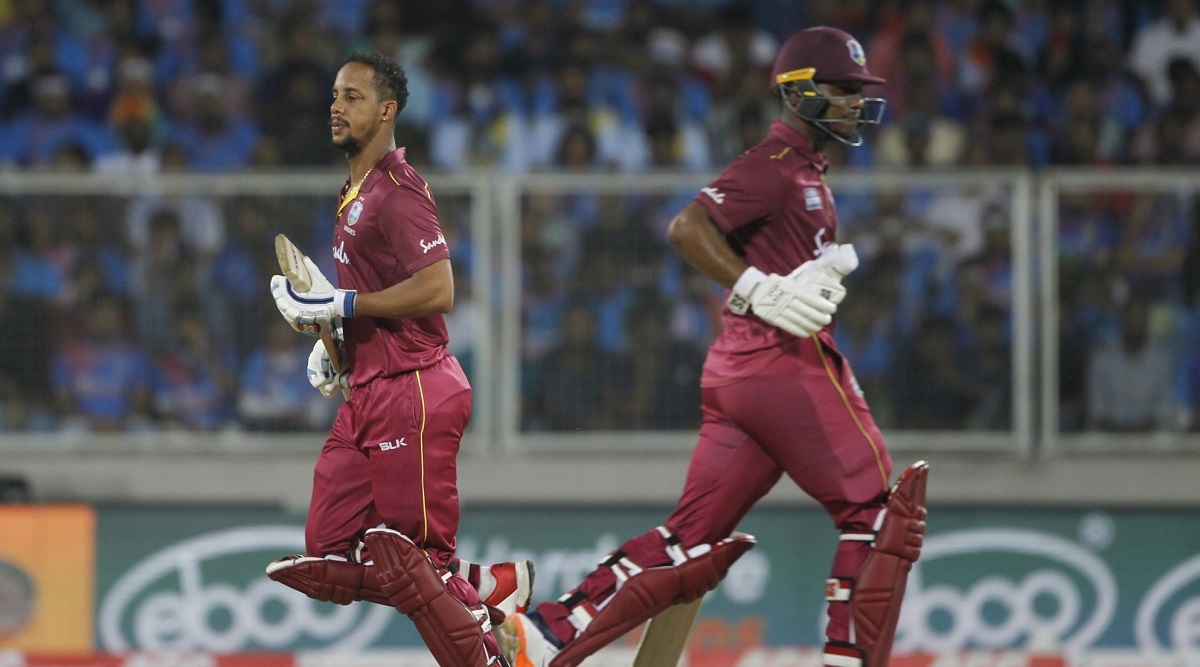 Thiruvananthapuram, December 8: West Indies on Sunday recorded a comprehensive 8-wicket win over India in the second T20I between the two sides at Thiruvananthapuram's Greenfield International Stadium. They chased down a target of 171 with nine balls to spare with opener Lendl Simmons being unbeaten on 67. The win helps them level the three-match series 1-1.

West Indies were helped significantly by misfields and dropped catches by the hosts. Washington Sundar's nightmarish run in the field continued when he dropped a sitter and gave Simmons a lifeline while he was on six off 10 balls in the fifth over that was bowled by Bhuvneshwar Kumar. Twitterati Disappointed With Bowlers As India Lose to West Indies by Eight Wickets in 2nd T20I 2019.

Two balls later, Simmons' opening partner Evin Lewis was saved when Rishabh Pant was wrong footed. The wicketkeeper did well to get to the ball after changing direction but it was a drop nonetheless. Lewis and Simmons went on to put an opening stand of 73 runs, which remained the West Indies' best partnership of the match.

Sundar managed to get the breakthrough with some help from steadfast glovework by Rishabh Pant which got Lewis stumped on 40. Shimron Hetmyer came in and was starting to tee off when he was dismissed thanks to a screamer of a catch by Virat Kohli on the boundary line. However, that was the last bit of joy for the hosts as Nicholas Pooran came in and took the visitors home.

Earlier, Shivam Dube's masterful 54 off 30 balls was one of the chief reasons why India managed to post 170/7. Dube was promoted to number three and he repaid the faith shown by hitting a maiden international fifty. After his dismissal, Kesrick Williams and Sheldon Cottrell led the way in stopping the Indians from crossing 200. Kohli, who was unbeaten on 94 in the previous match, was dismissed for 19 off 17 balls. The series now moves to the Wankhede Stadium in Mumbai where the decisive final T20I will be played on December 11.