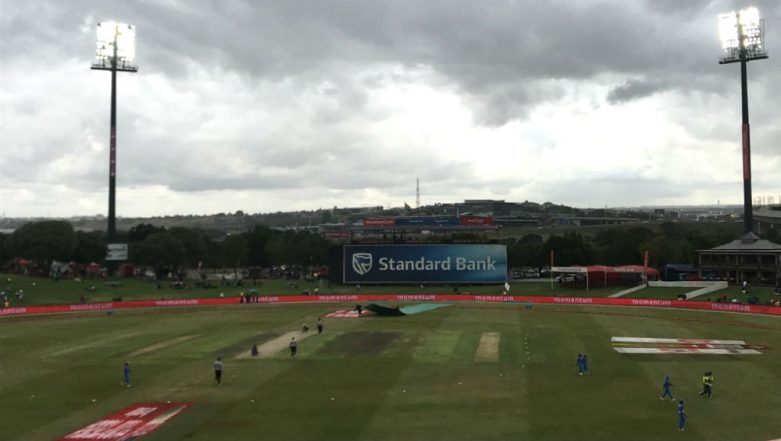 Centurion, Feb 21: The fourth T20 International of the five-match series between Indian women's cricket team and South Africa was washed out due to rain at SuperSport Park in Centurion here on Wednesday.

Coming in to bat first, the hosts scored 130 for the loss of three wickets with the help of brisk half-centuries from Lizelle Lee and skipper Dane van Niekerk.

The two stitched 103 runs together before Niekerk was dismissed by Deepti Sharma on 55. Lee was unbeaten on 58 as the rain stopped the play.

Indian kept the advantage of 2-1 in the series as the match did not resume again. The result means that Indian eves cannot lose the series while the Proteas cannot win the series with only one match to go. Earlier, India won the first two matches by seven and nine wickets, respectively.

However, the Women in Blue failed to capitalise on it and allowed South Africa to keep the series alive by slumping to a five-wicket defeat against the hosts in the third T20I in Johannesburg. The Harmanpreet Kaur-led side will now meet the hosts for the final encounter at Newlands in Cape Town on Saturday.