Through the last 12 seasons, IPL has witnessed many turnarounds where teams have qualified for the playoffs even after a bad start. Therefore, it is too early to comment which team will dominate the season. However, a few contests deserve special attention, which will give us an insight into the teams’ potential to win the IPL 2020 title. 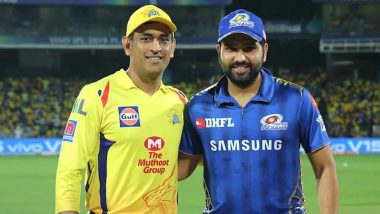 The 13th season of the Indian Premier League starts March 29, 2020, with defending champions Mumbai Indians (MI) taking on Chennai Super Kings (CSK) at the Wankhede Stadium in Mumbai. The two teams met in the final of the last season where Mumbai emerged victorious in a nail-biting thriller. While MI has most IPL wins (4), CSK has appeared in the final most number of times (8). This indicates that runners-up of IPL 2019 must have been the top favourites in IPL betting tips for almost every season.

Apart from these big guns, last season saw the rise of Delhi Capitals (DC) as a formidable team. In the Eliminator match, DC defeated 2018 IPL runner-up Sunrisers Hyderabad (SRH) to make it to the Qualifier 2 of IPL 2019. Since then, Delhi Capitals skipper Shreyas Iyer has delivered impressive performances at the international stage for the Men in Blue.

Through the last 12 seasons, IPL has witnessed many turnarounds where teams have qualified for the playoffs even after a bad start. Therefore, it is too early to comment on which team will dominate the season. However, a few contests deserve special attention, which will give us an insight into the teams’ potential to win the IPL 2020 title.

Mumbai Indians played against Chennai Super Kings at three different venues in the last season. The result, however, was the same on all the three occasions - MI beat CSK. Of these three wins, one was at MI’s home ground in Mumbai.

Chris Lynn, Trent Boult, and Nathan Coulter-Nile are the new signings to watch out for in the MI camp. Quinton de Kock and Rohit Sharma opened the innings for MI last season. The South African T20I captain has been in tremendous form at the international level. Bringing Chris Lynn in the side will add strength to the batting order.

Surya Kumar Yadav is an asset at number three for MI while Hardik Pandya and Kieron Pollard at numbers six and seven are the great finishers. With Trent Boult, Lasith Malinga, and Jasprit Bumrah, the bowling attack becomes even stronger and will pose a challenge to the visiting CSK.

Chennai Super Kings, on the other hand, have the same core players as last season. Shane Watson, Ambati Rayudu, Suresh Raina, and Kedar Jadhav are the top four of CSK’s batting line-up. None of these batsmen have played enough competitive cricket in the last year. In addition, the skipper MS Dhoni has also been out of the national scene since India’s loss in the World Cup semi-final.

Faf du Plessis will be crucial to the CSK batting line-up and is the one to watch out for. The bowling attack remains strong with the likes of Imran Tahir, Lungi Ngidi, Josh Hazlewood, and Deepak Chahar. Two players from Tamil Nadu Premier League (TNPL) have made it to the CSK squad - left-arm orthodox R Sai Kishore and wicket-keeper batsman N Jagadeesan.

Dwayne Bravo and Ravindra Jadeja remain the most impactful all-rounders in the side. However, CSK’s chances of defeating MI this season look thin. While MI has the potential to make it to the playoffs again, CSK, it appears, will not go through the MI challenge in the knockout stage.

DC will take on Kings XI Punjab (KXIP) at Arun Jaitley Stadium in Delhi on 30th March 2020. Skipper Shreyas Iyer is in great form and has consistently delivered for team India in the limited-overs format. While Rishabh Pant has struggled to make a mark for India since the last season, he must be eager to express himself at DC’s home venue in Delhi. Pant needs to improve his wicket-keeping game and become a reliable batsman at number four to keep the national selectors’ trust in him going.

Shreyas Iyer will be elated to welcome big hitters like Marcus Stoinis, Jason Roy, and Shimron Hetmyer to the squad this season. Bowling all-rounder and former KXIP captain, Ravi Ashwin will also be joining the Delhi camp. While Kagiso Rabada and Ishant Sharma are their best bets in the pace department, Chris Woakes is also expected to make an impact with his disciplined bowling.

While KXIP let go of R Ashwin for IPL 2020, they’ve got a strong side with many big hitters in the squad. How Delhi Capitals respond to the KXIP challenge at home will give an idea of their potential to take on the defending champions. Chris Gayle is a big impact player in KXIP squad, though he is not a consistent scorer and others around him will be the ones to watch out for. Indian players like Sarfaraz Khan, Karun Nair, and Mayank Agarwal can make an impact at the top while KL Rahul will be the biggest asset in the side. His form in T20I has been impeccable in the past year with consistent fifties for team India.

Chris Jordan and Sheldon Cottrell will join Mohammed Shami in the pace department while Mujeeb Ur Rahman will share the spin responsibility with bowling all-rounder Krishnappa Gowtham. Big-hitting all-rounder Glenn Maxwell finds his way back to KXIP and along with James Neesham, he will add strength to the hitting department in the middle-order.

KXIP will be confident ahead of the new season with a strong overall side. While they failed to qualify for the playoffs last season, looking at their all-rounders and top-order batting options, Punjab has the potential to be a disruptor this season.

Sunrisers won the 2016 IPL title and were the runners-up in the 2018 edition of the league. They qualified for the play-offs in 2019 and lost to Delhi Capitals in the Eliminator match at Visakhapatnam. Sunrisers have been an exceptional team in the IPL. The bowling attack of SRH has won them many matches season after season. While they lack a star-studded batting line-up like many other teams in the league, they are capable of turning things around at any point during the match.

Bowlers like Rashid Khan, Bhuvneshwar Kumar, and Khaleel Ahmed have been the stars of their bowling attack. Moreover, Billy Stanlake, Shahbaz Nadeem, and Sandeep Sharma provide varied bowling options for the skipper. While all-rounder Shakib Al Hasan will not be playing for SRH this season, Mohammad Nabi is joined by batting all-rounders Mitchell Marsh and Fabian Allen. While David Warner and Jonny Bairstow remain the big impact players for SRH at the top, Manish Pandey, Vijay Shankar, and Mitchell Marsh will be crucial in the middle-order.

Bowling all-rounder Sanjay Yadav is also handy towards the end and it will be interesting to see if he makes it to the playing XI. For SRH to put on a competitive total, Warner and Bairstow will once again be crucial. However, at this venue in Hyderabad, bowlers are expected to do well and trouble the visiting Mumbai Indians.

This will be a crucial match for estimating Hyderabad’s potential of winning the title. MI is a mighty side in the league and if SRH can trouble their star-studded batting order, they will gain momentum and confidence to go a long way in the season.

In 2019, KKR and KXIP finished with the same number of points as SRH. However, as they were low on the Net Run Rate (NRR), Kolkata and Punjab finished at fifth and sixth place in the points table respectively. Knight Riders have claimed the IPL title twice so far. However, their inconsistency, lack of leadership, and internal conflicts threw them off last season. They have a lot of work to do on different fronts and may not be such a strong contender to win the IPL 2020 title.

All eyes will be on Virat Kohli and his Royal Challengers Bangalore (RCB) who are yet to win an IPL title. While they’ve featured some of the big names in the T20 format year after year, they’ve failed to deliver as a team. The bowling attack this season is packed with promising players like Navdeep Saini, Mohammad Siraj, Yuzvendra Chahal along with the experience of Dale Steyn and Chris Morris. RCB bowlers need to pull their socks up and improve on their performance from the last season if they’re to stand any chance of winning the title.