MS Dhoni All Set to Return, Here’s a Look at India’s Likely Playing XI for 5th ODI vs New Zealand 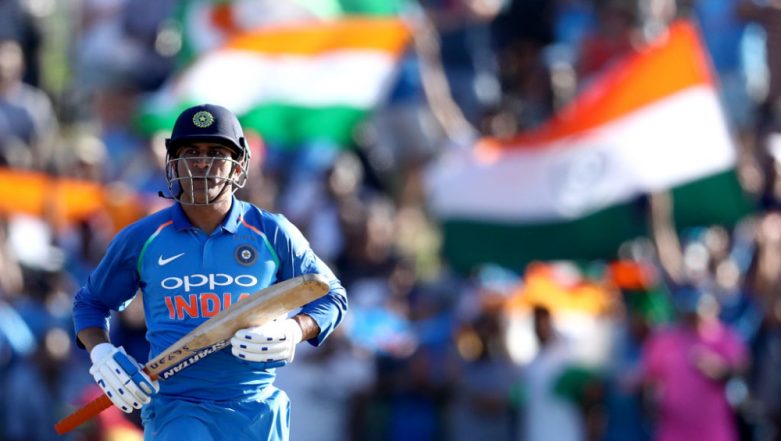 Wicket-keeper batsman MS Dhoni has regained full fitness and is all set to play the fifth and final One-Day International (ODI) against New Zealand at the Westpac Stadium in Wellington. The development was confirmed by India's assistant coach Sanjay Bangar. Dhoni missed the third and fourth ODI following a sore hamstring. India have already pocketed the five-match ODI series and currently lead it by 3-1.

India faced a humiliating eight-wicket defeat in the fourth ODI after being bundled out for just 92 runs. The Rohit Sharma-led side will now be looking to bounce back and end the series on a winning note. India vs New Zealand 5th ODI 2019: Colin Munro May Replace Injured Martin Guptill.

Dhoni has been in great form and in four innings this year he has scored three half-centuries and unbeaten 48. His presence will very much boost India following their batting debacle at Hamilton. With Dhoni’s return, it will be interesting to see who makes way for the former captain. Youngster Shubman Gill is most likely to sit out.

Apart from Dhoni’s inclusion, India might want to include Mohammed Shami and give rest to Bhuvneshwar Kumar. Another change on cards appears to be the inclusion of Mohammed Siraj in place of Khaleel Ahmed. Yuzvendra Chahal Earned THIS Batting Record After Remaining Unbeaten During India vs New Zealand 4th ODI 2019.