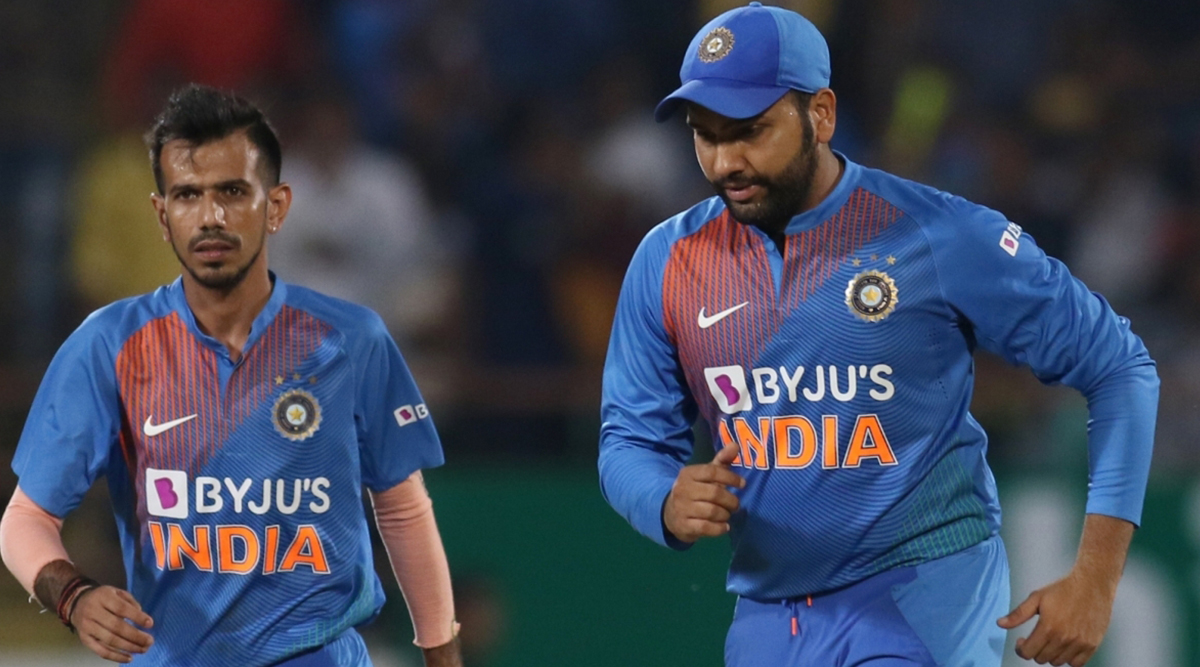 Rohit Sharma’s bonhomie with Yuzvendra Chahal continued, this time on Twitter. Rohit who has never shied away from trolling and taking a jibe at Chahal hit a six out of the ground with his latest attempt in trolling his teammate. Sharma posted a picture on twitter in which WWE superstar and actor Dwayne ‘The Rock’ Johnson and a shirtless Yuzi Chahal can be seen flaunting their Samoan tattoos. Taunting his national teammate and close friend for allegedly stealing all the headlines, Rohit captioned the image “Best picture I saw today.” Chahal, who is also a fan of WWE, has a similar tattoo on his shoulder. Shoaib Akhtar Lauds Rohit Sharma's Effort After India Chase Down 287 Against Australia to Win Series 2-1 at Bengaluru.

“Best picture I saw today. India wins the series but someone else takes the headlines. Bravo!!” wrote Rohit, in which an image of The Rock flaunting his iconic Samoan was merged with a shirtless Chahal. Both shirtless men were seen flaunting their tattoos. Chahal seems to be comparing his tattoo with the iconic Samoan tattoo of The Rock. The leg-spinner later even replied to Rohit’s message. Chahal wrote, “The Rock” clearly declaring whose tattoo was better among the two.

Best picture I saw today. India wins the series but someone else takes the headlines. Bravo!! @yuzi_chahal pic.twitter.com/dN0RXh05q9

I think @yuzi_chahal should join WWE. There's been no Indian entry since The Great Khali

Yuzi Chahal And Who?

The other guy is no match for Chahal.. Who is he?

Meanwhile, Rohit continued his love affair with Bengaluru and hit a match-winning hundred to guide India to a 2-1 victory in three-match ODI series against Australia. Rohit’s 119 from 128 deliveries, which comprised of 8 boundaries and 6 maximums, helped India chase a 287-run target with 15 deliveries to spare. Rohit had failed to provide India a strong start in the opening two matches but delivered in the series-decider even adding a 137-run stand a with skipper Virat Kohli to take India home comfortably.