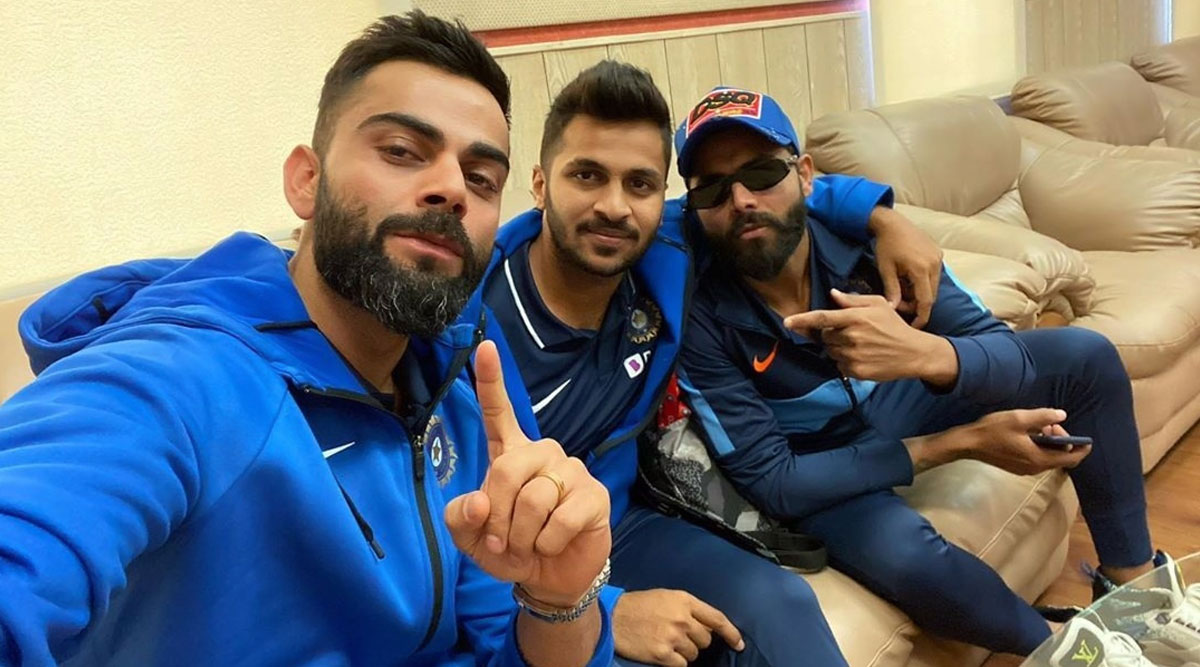 After registering a thumping victory over Sri Lanka in the 2nd T20I, Virat Kohli and Co and are set to fly Pune for the third and final clash of the series. The Indian skipper took to his twitter account and shared a picture with Shardul Thakur and Ravindra Jadeja, captioning it “Pune.” The Men in Blue are certainly in a great frame of mind after their seven-wicket victory and eyeing to clinch the series at the MCA Stadium in Pune. Kohli, himself looked in great touch in the second clash as he scored a 17-ball 30 and also finished off the game with a massive six. IND vs SL 2nd T20I 2020: Twitter Lauds Virat Kohli and Co for Brilliant Display Against Sri Lanka in Indore.

During the course of his knock, the batting juggernaut played some extravagant shots and also crashed some prestigious records. By scoring his first run, Kohli pipped Rohit Sharma’s tally of 2633 T20I runs and became the highest run-scorer in the shortest international format. He, also, became the fastest batsman to reach 1000 T20I runs as captain, which are also fastest for any player. The other player in the snap was Shardul Thakur, who also bowled a magnificent spell and scalped three wickets. Well, the hosts are certainly high on confidence with their all-round display in Indore and they are, now, eyeing to come on top in Pune too.

With the first match being washed out, India has taken an unassailable 1-0 lead in the three-match series which means a victory in Pune will seal the deal for them. On the other hand, the Lankan Lions still has a chance to redeem themselves by registering a victory in the final encounter to square up the series.