Yasir Shah Tweets About His Well-Being After Rumours of His Death Surface on Social Media, Sends Thoughts & Prayers to Departed Due To PIA Plane Crash 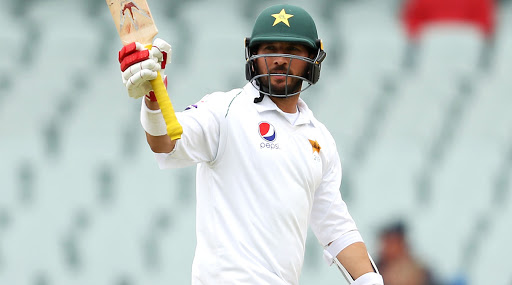 Social media was full of posts on where it was said that Pakistani cricketer Yasir Shaha has lost his life due to the Pakistan International Airlines (PIA) plane crash which happened yesterday at Karachi’s Model Colony. Rumours were rife that Yasir Shah had boarded the ill-fated flight from Lahore. However post this, Yasir Shah posted a tweet of his well begin and said that he was fine. The cricketer also sent his thoughts and prayers to the departed. It is said that more than 100 people were on-board. Yasir Shah Death Rumours Surface on Social Media After PIA Plane Crashes in Karachi, Fake Image Being Circulated.

The rumours got thicker after an image of Pakistani Cricket Board confirming Yasir’s death went viral on social media. However, many other said that the news of the death of the bowler was nothing less than a hoax since his name was not there in the list 107 people who lost their lives due to the plane crash. Thankfully, the news turned out to be a hoax and Yasir Shah confirmed that he was hale and hearty. Check out the tweet below:

Tnx almighty God,I m safe in my home and we will pray for all that we lose in plan crash may Allah give them jannat Ul Firdos

The incident happened near Jinnah International Airport which is quite a frequent route for all the domestic flights. Looking at the intensity of the crash, the Mayor of Karachi said that the survival rate of the people is quite less. Many Indians including Saina Nehwal, Irfan Pathan and Sania Mirza have condoled the death of the people who lost their lives in the crash.