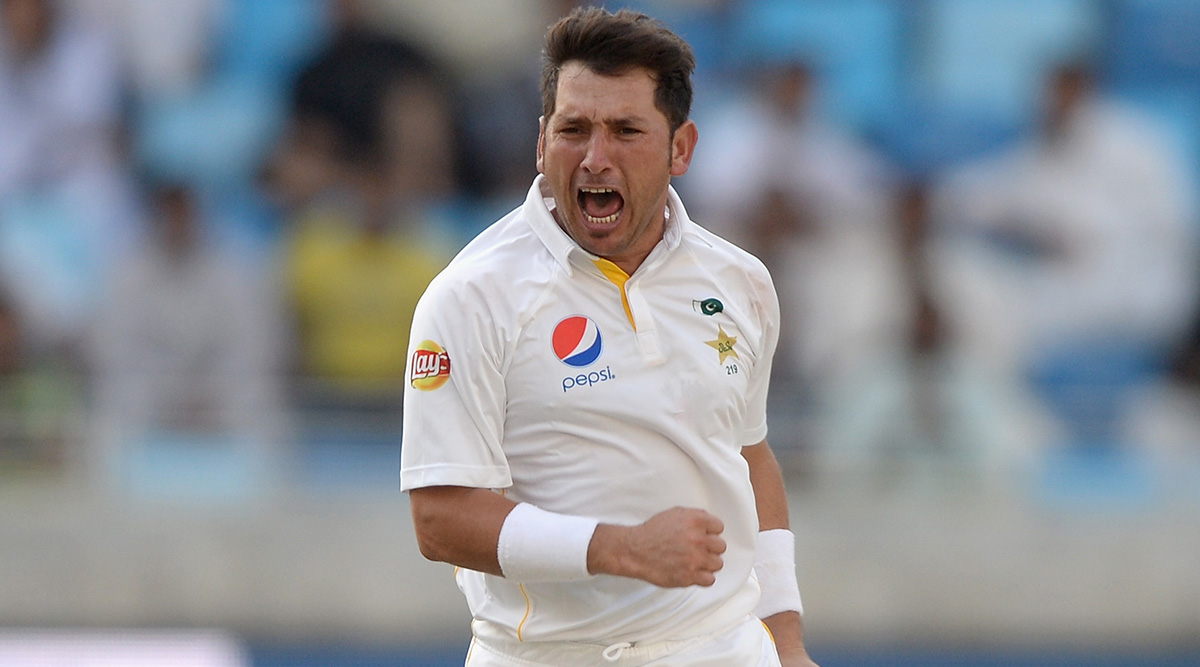 Social media was abuzz with rumours that cricketer Yasir Shah died during the Pakistan International Airlines (PIA) plane crash in Karachi’s Model Colony. According to reports, as many as 107 people were present on the flight when the plane crashed. However, some rumours starting doing rounds that Shah was also onboard the ill-fated flight which took off from Lahore. In fact,  a photoshopped image of Shah has also gone viral.  Well, there hasn’t been any official confirmation regarding the news from the Pakistan Cricket Board (PCB). However, Twitter is flooded with the condolence messages as fans are deeply saddened by the rumours of Shah’s 'demise', which appear baseless.  Pakistan: PIA Flight A-320 From Lahore to Karachi Crashes Near Jinnah International Airport, Several Feared Dead.

The news, however, has not been confirmed by any officials and there are also no updates of the cricketer. However, many people also claimed that the news of the veteran bowler’s death is nothing but a hoax. Notably, the 34-year-old was recently blessed with a baby girl. He is also vital of the Pakistan Test side. Also, Shah's name is not present in the official list of 107 people died in the tragedy. So, the rumours appear to be fake and baseless at this point in time. Meanwhile, let's look at some Twitter reactions.

Our hearts beat with you as our eyes shed tears with you.

May Almighty Allah give him heighest rank in jannah pic.twitter.com/1l9gJ8LObp

Please confirm there are rumors about the Death of Yasir shah

The accident was reported in Jinnah Garden area near Model Colony in Malir. The location is close to the Jinnah International Airport which is frequented by domestic flyers on a daily basis. Out of the 107 people on-board the ill-fated flight, 99 were passengers and 8 crew members. According to Karachi Mayor, the chances of survival are minimum due to the intensity of the plane crash. Rescue workers, while speaking to local media, contradicted him by claiming that some of the injured patients may not succumb to death. So far, the official fatality toll was not announced by the government.