2019–20 UEFA Europa League Round of 16 Draw: Time, Teams, Rules and Everything You Need to Know 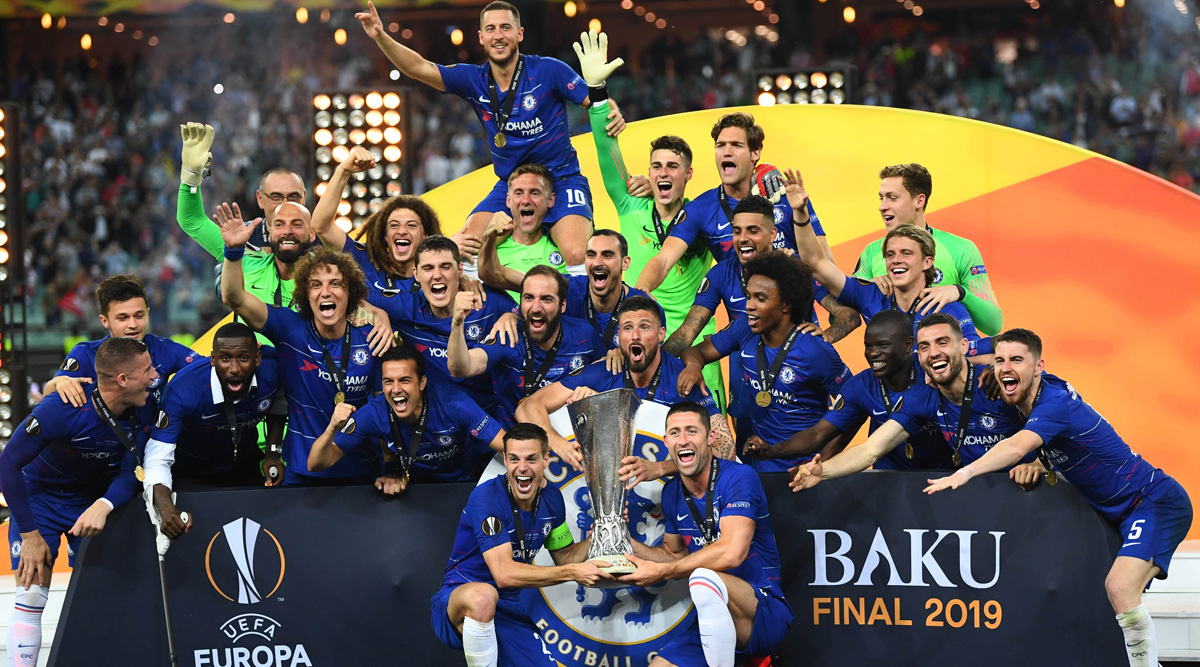 The Round of 32 of Europa League was full of twists and turns as it saw a lot of upsets and some favourites being knocked out of the competition. The UEL Round of 16 draw is set to take place on February 28, 2020 (Friday) at the UEFA headquarters in Nyom, Switzerland. A total of 15 teams have been confirmed until now with the fixture between RB Salzburg and Frankfurt postponed for later in the day. Ahead of the Europa League Last 16 Draw, here is everything you need to know about it. Arsenal 1–2 Olympiacos, UEFA Europa League 2019–20: Gunners Knocked Out of Europe After Shock Defeat at Emirates.

The latest round of Europa League saw some competition heavyweights such as Arsenal, Ajax, Porto, Benfica and Celtic being knocked out. Arsenal were eliminated by Olympiacos at the Emirates Stadium as a Youssef El-Arabi strike in extra-time saw the gummers plummet out from the first stage of the elimination rounds. Arsenal Knocked Out of Europa League by Olympiacos, Netizens Troll Gunners for Embarrassing Defeat.

Ajax won their game against Getafe at home but it was not enough to turn around the heavy deficit from the first-leg. Meanwhile, Sporting CP were knocked out by Istanbul Basaksehir as the Turkish side scored four goals to overturn a 3-1 defeat. Roma, Bayer Leverkusen, Manchester United, Inter Milan and Sevilla had no difficulties in their ties as they booked a place in the last 16.

The 2019-20 UEL Round of 16 Draw will be held at the UEFA headquarters in Nyom, Switzerland on February 28, 2020 (Friday) and is scheduled to start at 05:30 pm IST and 01:00 pm CET. The Draw might be telecasted live on Sony Ten channels in India. The live streaming and live updates of the draw will also be available on the official website of UEFA Europa League.

Which Teams Have Qualified For 2019-20 UEFA Europa League Round of 16?

Unlike the previous knockout round, there are no restrictions on who the team can face. There are no seedings and no country protection, so teams can face opposition from the same national association. The team drawn first will play the first leg at home.