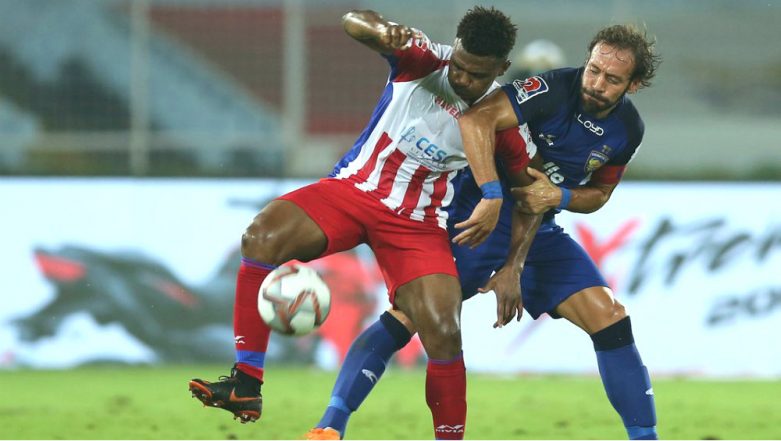 Atletico De Kolkata knows a win against Jamshedpur this evening at home could take them level on points with Men of Steel. ATK have been inconsistent throughout the season and currently have 17 points in their kitty. The two time defending champions know they cannot afford to lag back in the race for play-off stages as it will only increase the pressure. Jamshedpur, on the other hand, joins North East United FC as the joint top fourth if they beat ATK. So there is a lot to play for in this massive game for both sets of players. ATK vs Jamshedpur FC - Live Football Score.

ATK roped in Edu Garcia in the winter transfer window and the Spanish footballer and had an almost instant impact with a goal against Kerala Blasters. He will once again be the key when ATK takes field at the Salt Lake Stadium. His combinational play with fellow star play-maker Manuel Lanzarote does can split open the Jamshedpur defence with ease. Pritam Kotal and John Johnson at the back do look assuring but will have to do away with any momentary lapse of concentration which can cost ATK big. They have just won once in their last five games which is a major worry for coach Steve Coppell.

Jamshedpur will be without the services of veteran striker Tim Cahill against ATK who is out injured. The Aussie frontman has failed to light up the ISL and we may not see him next season playing in India. Goalkeeper Subrata Paul can expect a busy day at office coming up against a high quality Kolkata forward line. He will need the likes of Raju Gaikwad and Robin Gurung to come to his aid specially dealing with crosses from wide. The teams may opt for a defensive approach leading to the game not being open and devoid of clear cut chances. A scored draw looks the likeliest of result here at the Salt Lake Stadium.

The 68th match of Indian Super League (ISL) Season 5 will be between ATK and Jamshedpur FC on February 03, i.e. Sunday. The contest will be played at Salt Lake Stadium in Kolkata, and is scheduled to begin at 7.30 PM (IST).

Where to Watch the Live Telecast of ATK vs Jamshedpur FC, Hero ISL 2018–19, Football Match?