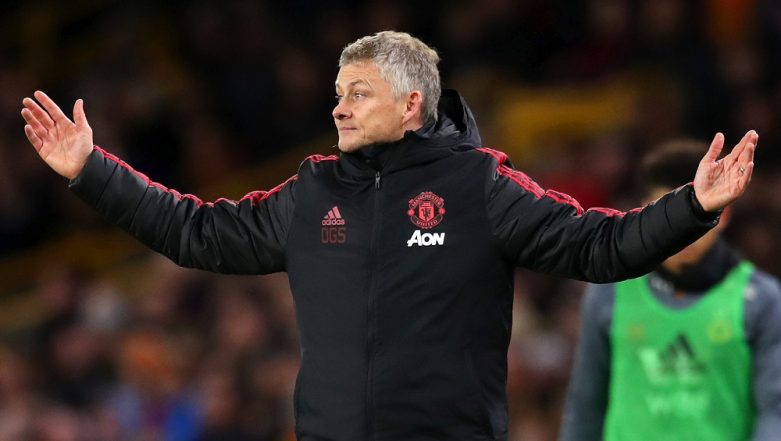 Shanghai, July 24: Manager Ole Gunnar Solskjaer risked angering Manchester United fans on Wednesday, saying it was only a "loud minority" who have turned against Paul Pogba. The French midfielder has made clear his determination to leave the Premier League giants, with Real Madrid and his former club Juventus both said to be interested. Manchester United Manager Ole Gunnar Solskjaer Targets More Signings in Search for Fast Start.

But Solskjaer has made clear that he wants to keep the World Cup winner, as he attempts to steer the Old Trafford club back into the Champions League.

The 26-year-old Pogba's publicly stated wish to leave and his tepid displays at the end of last season have infuriated many United supporters.

At United's final game last term, a 2-0 defeat to already relegated Cardiff City at home, a section of fans barracked Pogba. Asked if he expected even more of a backlash against the Frenchman when the season begins, Solskjaer said: "I think our fans know what Paul has given the club and can give us."

The Norwegian, who will need a fast start to convince doubters he's the right man for one of the biggest jobs in football, said: "Of course there are some loud and small minority (against Pogba), but Paul has been absolutely top in the group.

"Me and the players will testify to that -- that he's never ever been a problem and we are just grateful that he performs as well as he does," said the manager, speaking on the eve of a friendly against Tottenham Hotspur in Shanghai. Manchester United Coach Ole Gunnar Solskjaer Denies Receiving Offers for Paul Pogba.

Solskjaer meanwhile urged patience and denied that he was frustrated by the club's failure to sign more players this summer. United have bought winger Daniel James and full-back Aaron Wan-Bissaka. But they are yet to seal a deal for Leicester City defender Harry Maguire and Solskjaer is also reportedly eyeing Portuguese playmaker Bruno Fernandes.

"I am very happy with the two mentioned (James and Wan-Bissaka), we have got to be patient," said the 46-year-old former United predator, adding that he "believed in" his squad as it is. "It's a long haul and very important we get the right ones (players) in, we can't just jump on a different path when you hit a hurdle."

One player who looks certain to leave is forward Romelu Lukaku, who is interesting Inter Milan. The big Belgian will again be absent on Thursday because of injury, but reports suggest that the player and the club are happy to part ways.