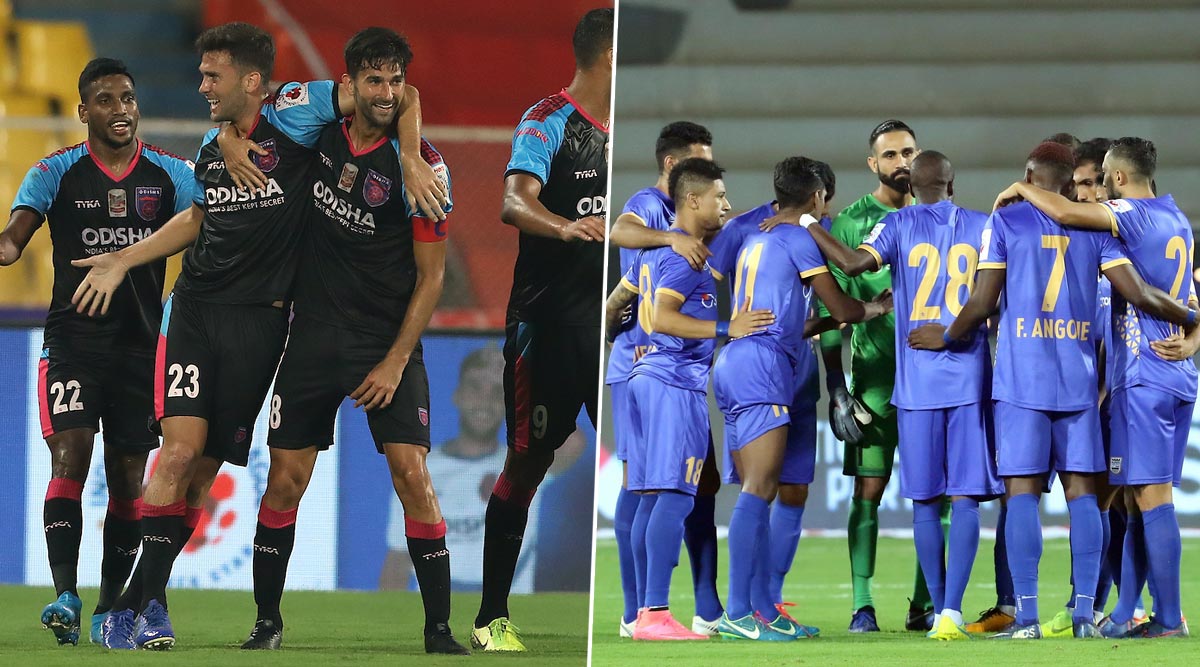 Odisha FC hosts Mumbai City FC with top 4 qualification on the agenda in the Indian Super League. The hosts with 15 points from 11 games are fifth in the points table just a point short of fourth-placed Mumbai City FC. The visitors are hampered by losses at home this season and will welcome an away game. Odisha with back to back wins in the league come into the game full of confidence. They are finding form at the right moment which will please their manager Josep Gombau a lot. The fans in the Kalinga Stadium have played a huge role in their team doing well and Mumbai will have to counter that if they hope to keep the hosts at bay. Meanwhile, for the Odisha FC vs Mumbai City FC match (ODS vs MCFC) in ISL 2019-20, please scroll down. Odisha FC Vs Mumbai City FC - Live Football Score.

Jerry Mawihmingthanga has two goals and four assists to his name so far and is one of the stands out Indian players this season. His partnership with Aridane in the attacking third has borne fruit for Odisha as they look like toppling any team, particularly at home. Vinit Rai and Marcos Tebar in midfield have a great understanding of each other’s game and they will not let Mumbai dominate in midfield. ODS vs MCFC Dream11 Prediction in ISL 2019–20: Tips to Pick Best Team for Odisha FC vs Mumbai City FC.

Mumbai have been hit hard by the injury to Paulo Machado that has impacted their creative side of the game. In his absence, the workload on Modou Sougou and Armine Chermiti has increased significantly and they looked well short of ideas against ATK. Diego Carlos has put in some good crosses from the wide areas we could see that continue against Odisha.  Rowllin Borges looked off the pace against Kolkata in the previous game and needs to move the ball quicker if Mumbai are to survive against Odisha.

Football fans in India can also Indian Super League 2019-20 season on online platforms. Hotstar, the official live streaming media platform of Star Network, will be live streaming the Odisha FC vs Mumbai City FC match for its fans in India. JIO TV will also be live streaming the game for JIO subscribers. Meanwhile, fans can also follow LatestLY for the live score updates of ODS vs MCFC ISL 6 encounter. The home side are firm favourites for the tie and it will take a special effort from Mumbai to come up with any points from this game.