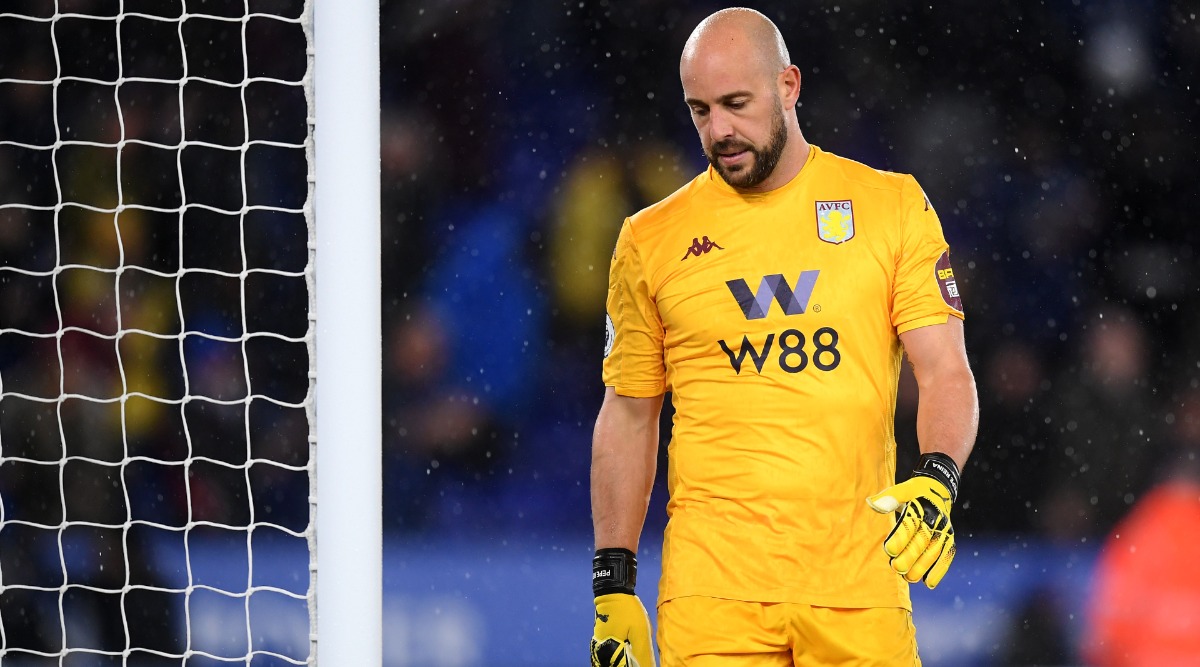 Aston Villa goalkeeper Pepe Reina revealed that he endured the “worst moments of my life” after contracting the coronavirus that left him unable to breathe for 25 minutes. The 37-year-old Spaniard, who had last week confirmed that he was diagnosed with COVID-19, said that he was finally recovering after six days of “endless fear.” Reina, on loan at Villa from Serie A club AC Milan, had become the third high-profile name after Arsenal manager Mikel Arteta and Chelsea star Callum Hudson-Odoi to have contracted the disease. Reina on Tuesday opened up on the symptoms and how he first realised that he may have been diagnosed with the pandemic. Mikel Arteta Opens Up on Coronavirus Ordeal Post Recovery, ‘Everything Happened Very Fast,’ Says Arsenal Manager on Testing Positive for COVID-19.

“I was very tired after experiencing the first symptoms of the virus,” he said. “A fever, dry cough and a headache that never went away. It was just that constant feeling of tiredness,” the former Liverpool and Barcelona custodian told Corriere Dello Sport in an exclusive interview. “The most difficult moment was when I could no longer breathe, the 25 minutes I ran out of oxygen. It was the worst moments of my life. Cruzeiro President Jose Dalai Rocha Tests Positive for Coronavirus.

He also spoke about his fear when he realised that he was struggling to breathe and felt like his throat had closed and wasn’t breathing in oxygen anymore. “The only real fear I had was when I understood there was no oxygen: endless minutes of fear, as if suddenly my throat had closed. As a result, I spent the first six or eight days indoors.”

The 37-year-old has remained in self-isolation at his home in Birmingham and feels that he is finally on his road to recovery after a week of illness. “I don’t miss the company as it’s me, my wife Yolanda, five children and two in-laws. The house is big and loneliness has no access to my home,” said Reina, who is on self-quarantine for the last 18 days.

Meanwhile, the Premier League has been suspended since March 31 after Arsenal gaffer Arteta was first tested positive for the pandemic. The suspension, which was initially announced till April 4-5, has now been extended to April 30 and Reina said it was perhaps “crazy” to not have called-off matches and suspend the season earlier despite the impending danger.