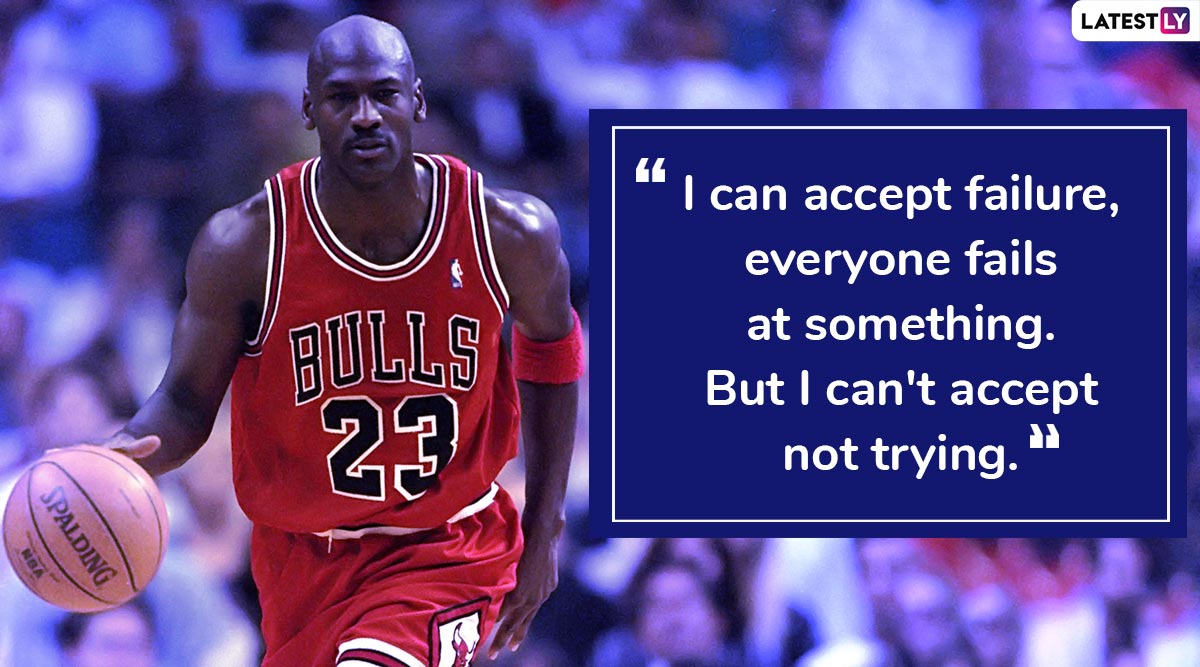 Michael Jordan is considered one of the most charismatic figures associated with basketball not only because of his accomplishments but also due to the fact that he inspired a generation of budding players to take up the game. NBA official websites refers to him as the greatest player of all time, which is no mean feat. In the 15 seasons Jordan played in the NBA, he won six championships. A winner of record six NBA finals most valuable player award, five MVP awards and three All-Star MVP awards – there is quite simply none like him.

Success on the court brought tie-ups with brands like Nike and Coca Cola for which he generated a lot of revenue. He made millions through his endorsements and other business ventures, but his conduct over the years has been reminiscent of a great sportsman that he is. As Jordan celebrates his 57th birthday, we take a look at some of his magical quotes that can instil a lot of confidence in an individual belonging to any field.

"I can accept failure, everyone fails at something. But I can't accept not trying."

"My attitude is that if you push me towards something that you think is a weakness, then I will turn that perceived weakness into a strength." 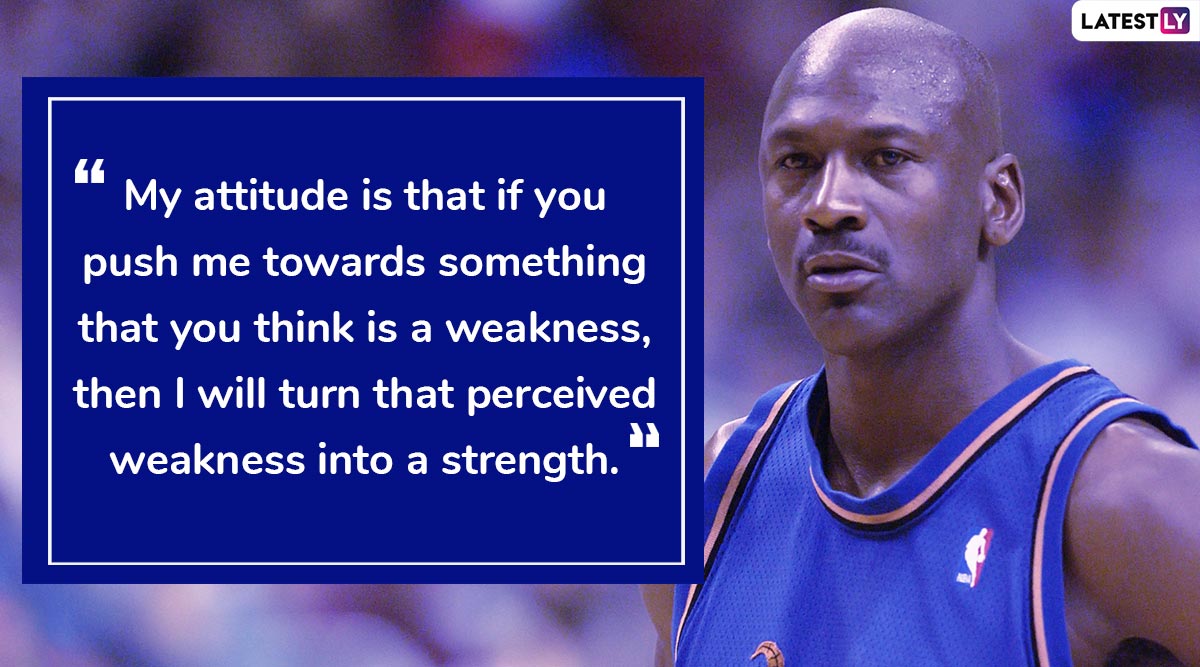 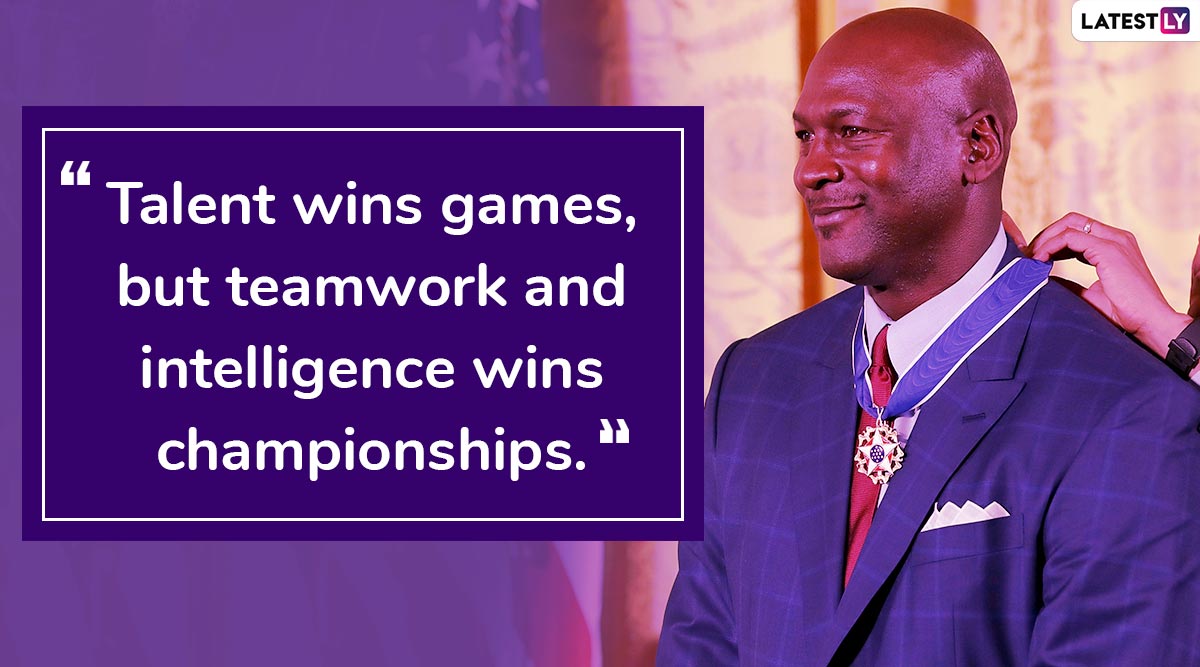 "I believe greatness is an evolutionary process that changes and evolves era to era." 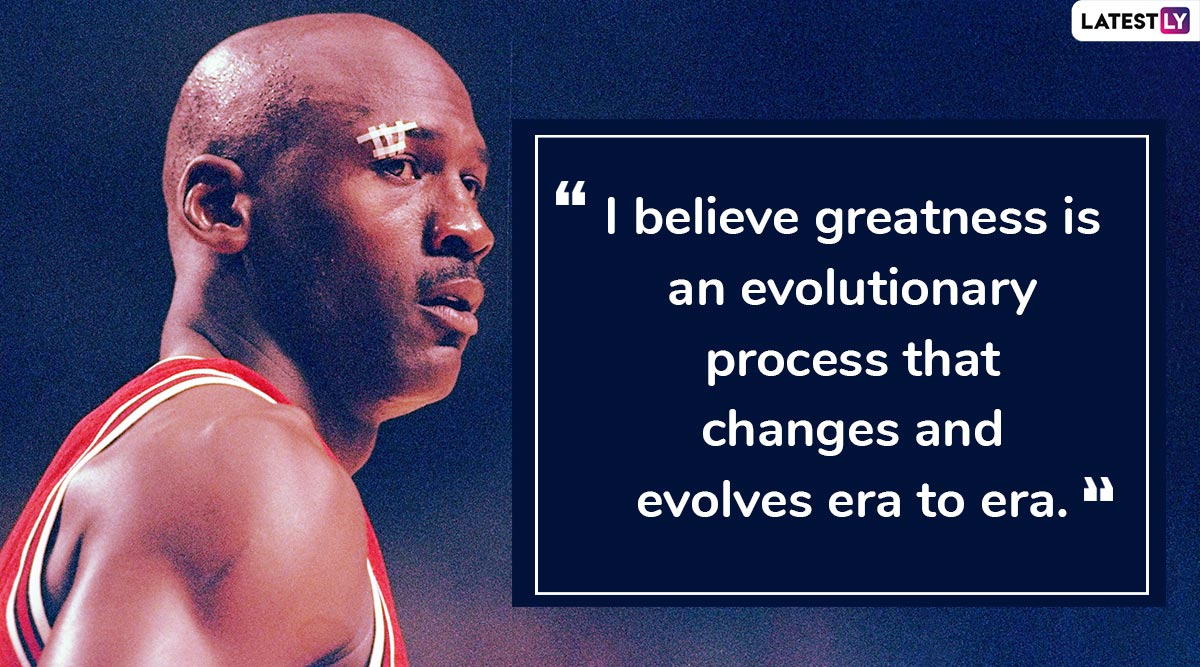 "To be successful, you have to be selfish, or else you never achieve. And once you get to your highest level, then you have to be unselfish. Stay reachable. Stay in touch. Don't isolate." 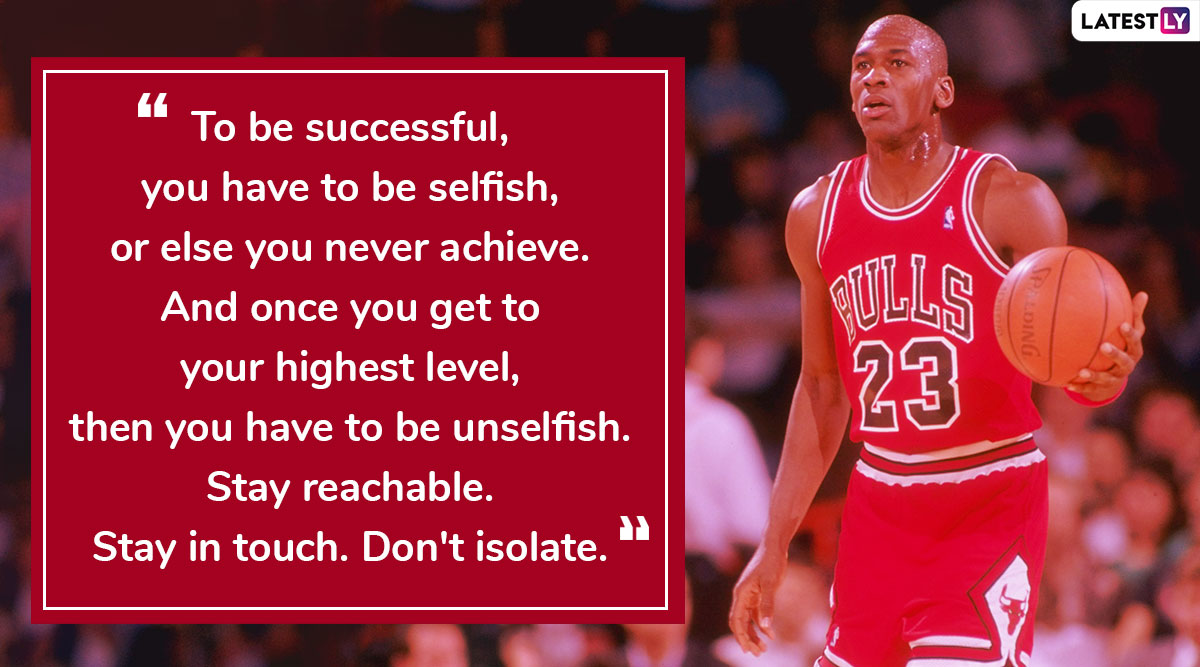 "As athletes, we're used to reacting quickly. Here, it's 'come, stop, come, stop.' There's a lot of downtime. That's the toughest part of the day." 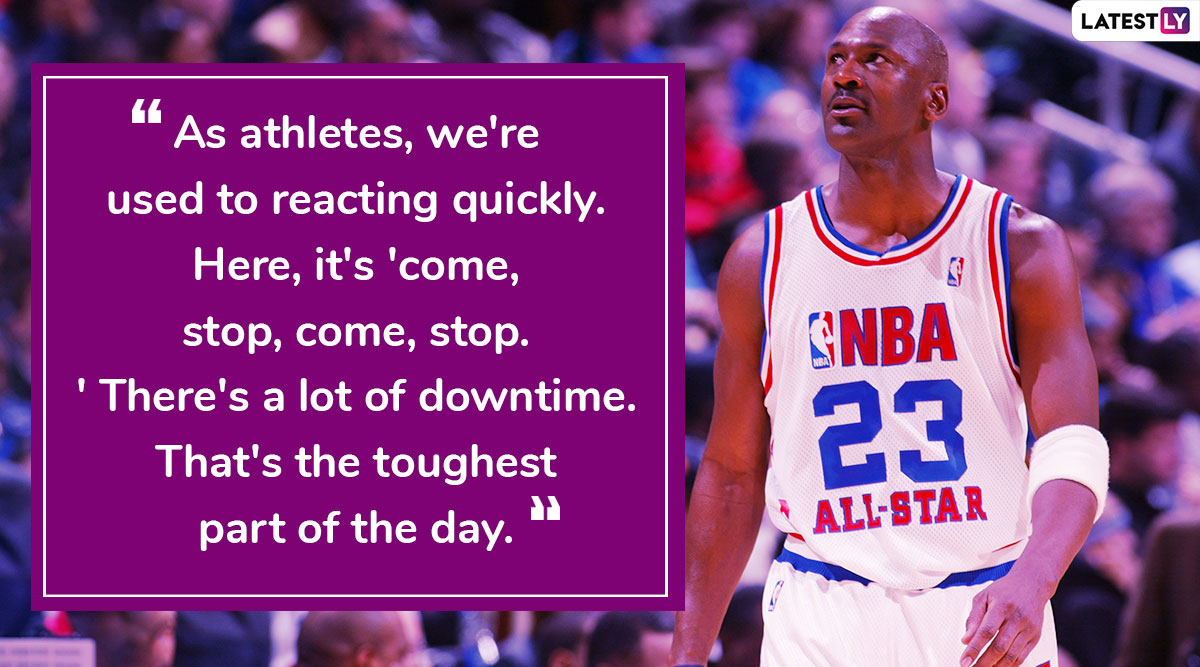 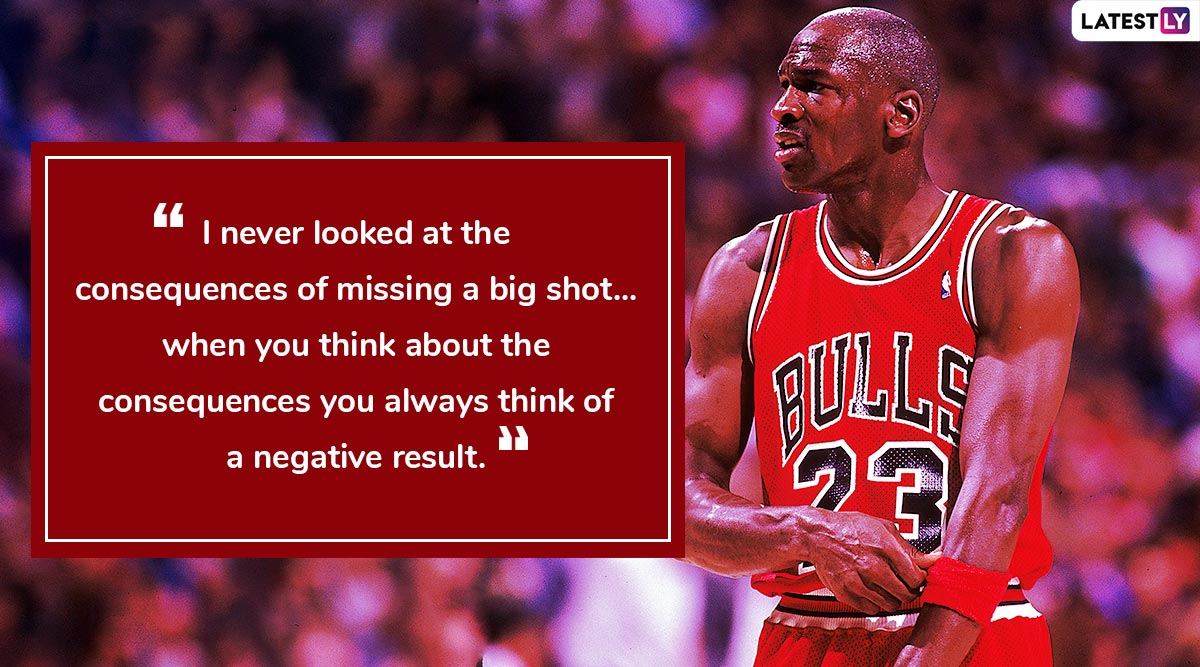 "I'm not out there sweating for three hours every day just to find out what it feels like to sweat." 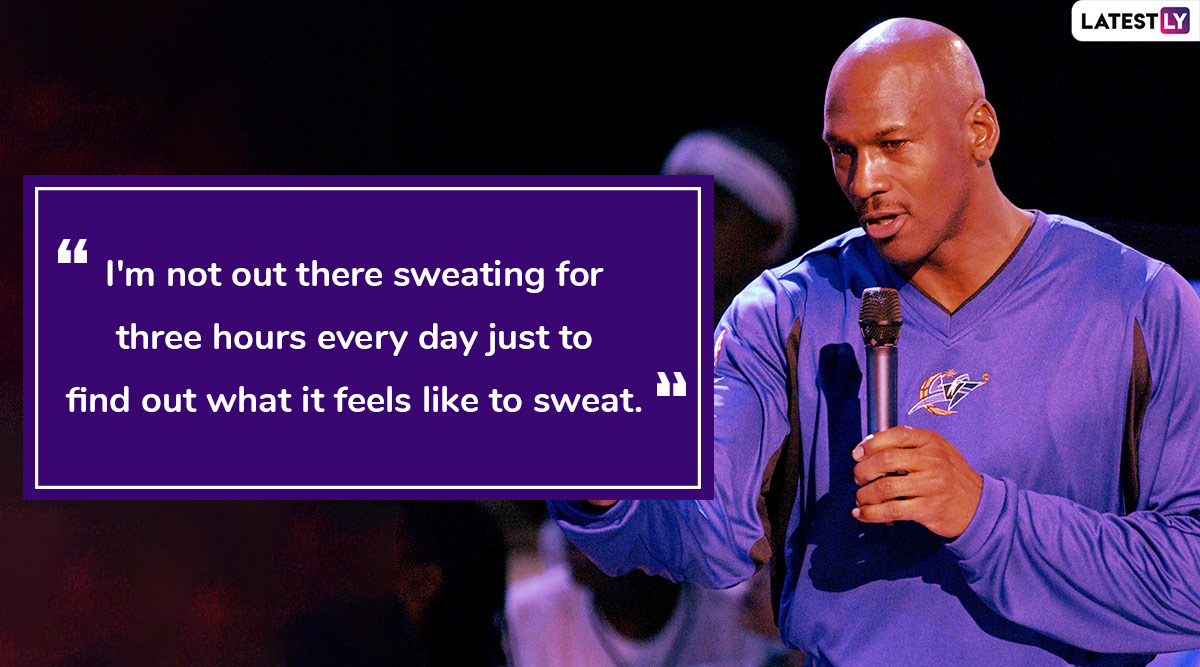 "There is no such thing as a perfect basketball player, and I don't believe there is only one greatest player either." 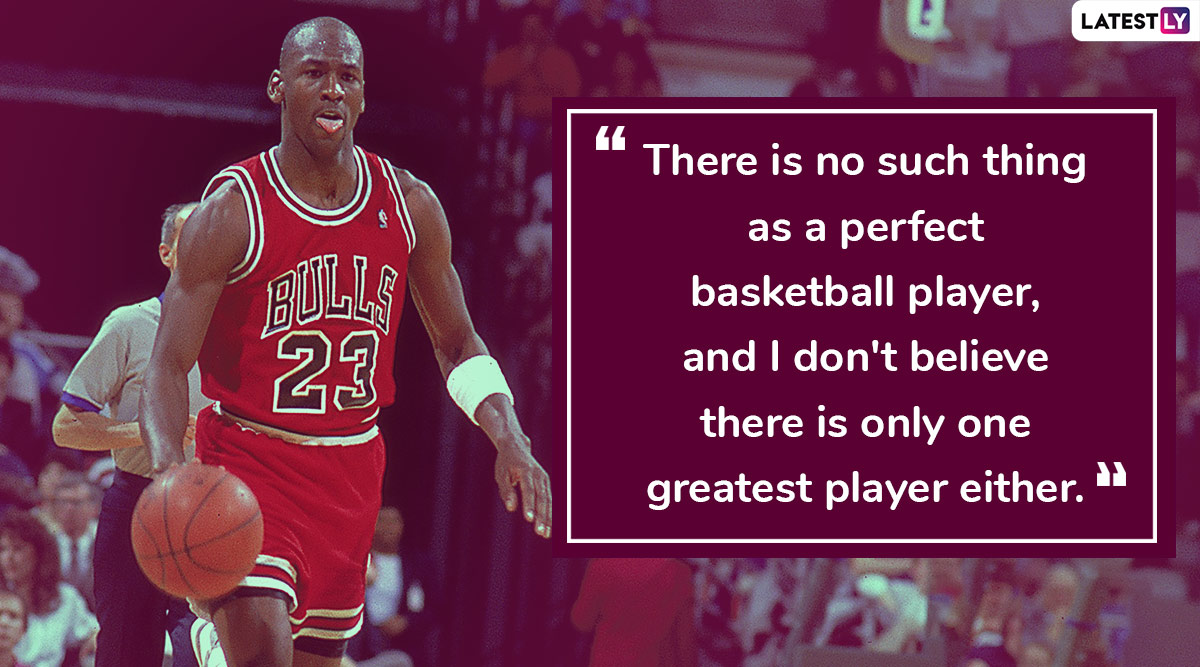 Playing for one's country is the ultimate dream for any individual, and Michael Jordan was no different. He won two gold medals at the 1984 and 1992 summer Olympics. As a player, he made quite a few comebacks after announcing his retirements with three in all to finally settle as a team owner with Charlotte Wizards. Michael Jordan's extraordinary feats have made sure he remains synonymous with basketball as long as the game is played on the planet.