‘Roger Federer’s Wife Mirika is Like All of Us’, Say Fans After The Swiss Ace Seals 5-Set Thriller To Win His 100th Australian Open Match (Watch Video) 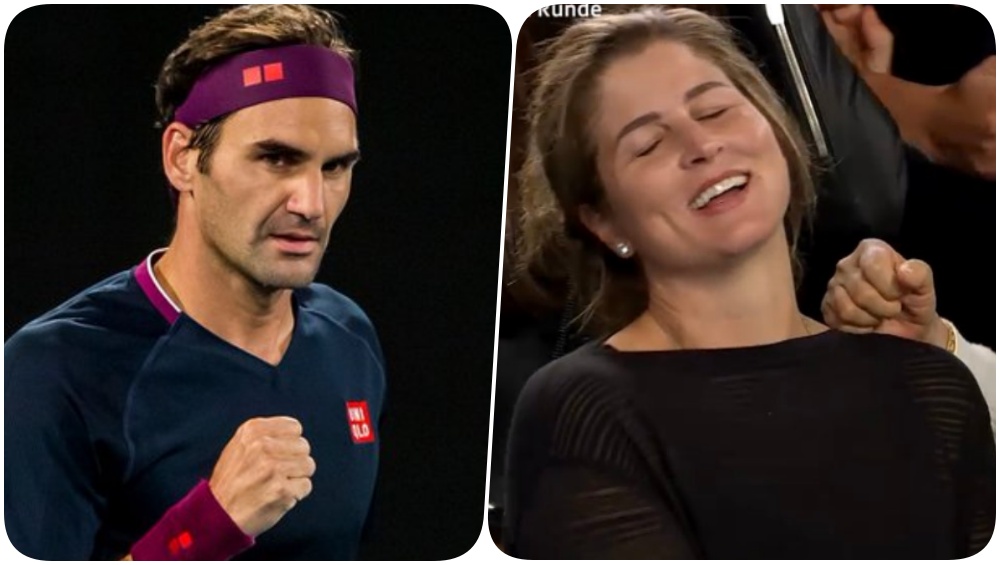 The netizens kept a track of all her expressions and posted them on social media. Just like the fans, she also was seen cheering and then sat back patiently on her chair when her husband lost a point. Very often do we see Mirika taking pictures and videos of Roger Federer moments on the court. After Federer won the game, she quickly went to meet her husband and hugged him. Check out a few moments below:

All you need after a hard fought win...! #Federer & #Mirka #AusOpen pic.twitter.com/k4ZxS9W5id

Mirka is all of us 😂 #Federer #AusOpen pic.twitter.com/xvjPgQKHbA

Be a tennis wife, they said. It will be fun and non-stressful, they said. ♥️ Mirka, we get you. #Federer #AusOpen pic.twitter.com/GqHvyiPW7X

#Federer fans after that tiebreak pic.twitter.com/vo7Rg3qgr6

After the match, Roger Federer said, “And I felt the roar was big when he won his 7th point in the breaker. People must have thought it was over. But, no, I mean, look, in a funny way, I'm okay with all four endings because they all have a reason to end the way they do. I don't know what it is.” Federer will meet Márton Fucsovics in the fourth round of the Australian Open 2020.