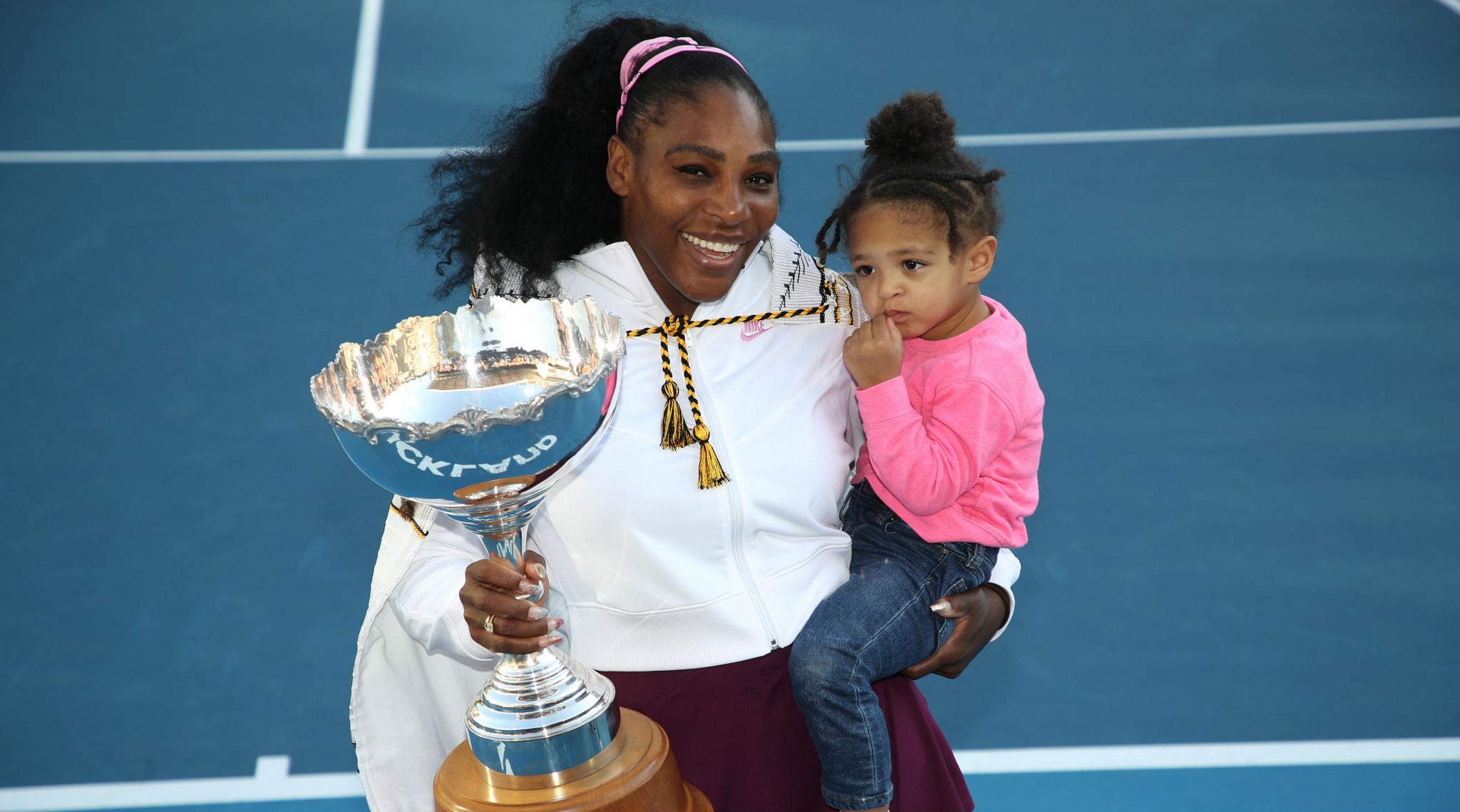 Auckland, January 12: Serena Williams ended a three-year title drought and raised expectations for the Australian Open Sunday when she overcame a sluggish start to beat outsider Jessica Pegula 6-3, 6-4 at the WTA Auckland Classic.

The 38-year-old and tournament top seed, who will attempt to equal Margaret Court's record of 24 Grand Slam titles in Melbourne this month, slipped 1-3 behind in the first set against the unseeded Pegula. But once she found her range there was never any doubt about the final result, which Williams greeted by raising her arms in triumph while her husband Alexis Ohanian and two-year-old daughter Olympia looked on. Serena Williams Powers Past Camila Giorgi for 'Solid' Start to 2020 at Auckland WTA Classic.

It is Williams' first title since 2017 -- and her first as a mother -- since she won the Australian Open while pregnant. Her 73 WTA titles now stretch across four decades, after she won her first in 1999. Pegula, who has only one title to her credit, had stunned former world number one Caroline Wozniacki -- a close friend of Williams -- in a three-set semi-final, winning every game in the deciding set.

The 25-year-old continued in the same fearless vein at the start of the final, seemingly untroubled by her heavily bandaged left thigh as she chased down everything Williams delivered and even broke Williams' first serve. Pegula held her own serve and appeared set to break again when an emotional Williams, by this stage yelling with every point she won, fought back from 15-40 to hold her second serve on the fifth deuce.

Williams eventually achieved a break of her own to level at 3-3, finding the power and precision that had deserted her until then. With her confidence boosted, Williams held to love in the next game, broke Pegula again and then served to clinch the first set.

Pegula was down 0-40 at the start of the second set before rallying to hold serve but the strain of facing the player who has dominated women's tennis for two decades was showing. Williams broke on Pegula's next service game and stayed in front until the end of the set to take the title and end a sequence of five defeats in finals since her 2017 win in Melbourne.