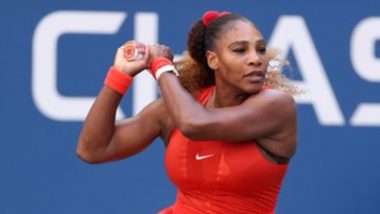 Serena Williams will begin her French Open 2020 campaign against fellow American Kristie Ahn on September 28 (Monday). Serena, 23-time Grand Slam winner, is chasing a record 24th tennis major that will equal Margaret Court’s all-time record. She last won the Grand Slam title in 2017 and last won at Roland Garros in 2015. Serena has failed to reach the quarter-finals in each of the last two years at the French Open while her opponent has never made it past the first round here. Meanwhile, fans in India searching for the free live telecast and live streaming online, venue details and match timings in IST for Serena Williams vs Kristie Ahn women’s singles first-round match of French Open 2020 should scroll down for all information, including live-action on Hotstar.

Kristie Ahn and Serena Williams have met each other only once in the past and that was in the opening round of US Open last month. Serena beat Kristie in straight sets. The 39-year-old reached the semi-finals before being knocked out by Victoria Azarenka in three sets. She has also lost four major finals in the last three years.

What is the Date, Time, Schedule and Venue of French Open 2020 Serena Williams vs Kristie Ahn Women’s Singles First-Round Match?

Serena Williams vs Kristie Ahn women’s singles first-round match will take place on September 28 (Monday). The match will be played at the Philippe-Chatrier Court in Roland Garros and has a tentative start time of 06:00 pm IST (Indian Standard Time).

Where to Watch the Live Telecast Serena Williams vs Kristie Ahn, Women’s Singles First-Round Match of French Open 2020? Which TV Channels Will Broadcast it LIVE in India?

Those unable to watch the game on television can follow it on online platforms. Disney+ Hotstar will be live streaming the match online for its fans in India.

(The above story first appeared on LatestLY on Sep 28, 2020 05:44 PM IST. For more news and updates on politics, world, sports, entertainment and lifestyle, log on to our website latestly.com).