Any Cryptocurrency Transfer Over $10,000 To Be Reported to IRS, Says US Treasury Department

Calling for stricter cryptocurrency rules, the US Treasury Department has said that any cryptocurrency transfer worth $10,000 or more has to be reported to the Internal Revenue Service (IRS). 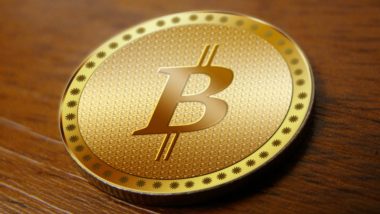 San Francisco: Calling for stricter cryptocurrency rules, the US Treasury Department has said that any cryptocurrency transfer worth $10,000 or more has to be reported to the Internal Revenue Service (IRS). In a new report on tax compliance proposals, the Treasury Department's Office of Tax Analysis estimated that the move will help raise an additional $700 billion in tax revenue over the next 10 years and could bring in as much as $1.6 trillion in the following decade, reports The Verge. Bitcoin Price Crosses $30,000, Cryptocurrency Market Continues Previous Year's Momentum Into 2021.

"Cryptocurrency already poses a significant detection problem by facilitating illegal activity broadly including tax evasion. This is why the President's (Joe Biden) proposal includes additional resources for the IRS to address the growth of cryptoassets," the department said in a statement on Thursday.

Businesses would also be required to report cryptocurrency transactions above $10,000 under the new requirements. Requiring large crypto transactions to be reported would help "to minimise the incentives and opportunity to shift income out of the new information reporting regime," it added.

The decision comes at a time when the price of bitcoin tumbled below $40,000 for the first time in months and other cryptocurrencies were pressured earlier this week, after the People's Bank of China apparently warned against using digital coins as payment. On Wednesday, nearly $1 trillion was wiped off the market capitalisation of the entire crypto sector, before it got stabilised at around $40,000 per coin. It was the second jolt to the fast-growing crypto market after Tesla last week applied brakes on Bitcoin as a payment mode to buy its electric vehicles, citing environmental harm.

(The above story first appeared on LatestLY on May 21, 2021 11:28 AM IST. For more news and updates on politics, world, sports, entertainment and lifestyle, log on to our website latestly.com).