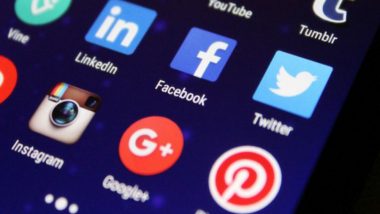 A recent study has confirmed what people may have already expected. Social media giant Facebook is no more the popular choice among the teens. It has become the fourth choice of social media, the first being YouTube followed by Instagram and Snapchat. Zuckerberg is not going to like this news, after facing the recent blow of the Cambridge Analytica Scandal. The Pew Research Center revealed on Thursday that only 51% of US teens use Facebook.

There has been up to a 20% in the number of users in the last 3 years. Teens have switched to YouTube. Almost 85% of teens in the US are using YouTube frequently and prefer Instagram next. Instagram users were 72%, Snapchat was behind by small margin at 69%. Twitter is still not a used medium with just 35% of teens actively using the micro-blogging platform. For this study, responses of 743 US teens were recorded in a month.

Among the most actively used social platform was Snapchat. The study also shows that despite all the negatives to the redesign of Snapchat, it is still a very much platform for use among the teens. It is the first in the ranks of favourite apps. This is a bad news for Facebook, as the teen generation already seem to be moving away. The global growth of the company is also slowing down. US and Canada account to about 185 million daily users on Facebook but is now definitely going through a slowdown. The Pew study in 2015 recorded Facebook had 71% of users and Instagram at 52%. The figures have closely reversed three years down the line. What's advantageous is the acquisition of Instagram. It is interesting to note that in 2015 survey, YouTube was not included, so one cannot say the exact growth of the platform over the years. Social Media Downfall? Snapchat's Redesign Faces Backlash, Facebook Too Sees Drop in Number of Young Users

This study by Pew Research Center is not the first of the kind to indicate Facebook's decline. Comparatively Instagram and Snapchat is rising. So calling Facebook a sole monopoly in social media networks, may not just work henceforth. The site also added 70 million more active users in Q1 2018 so it is growing.  At the same time, they have shut down more fake accounts in this year. The study also shows the smartphone growth among the teens which has seen a significant jump. From 75% teens using a smartphone in 2015, today 95% of them have an access to one.

(The above story first appeared on LatestLY on Jun 02, 2018 03:26 PM IST. For more news and updates on politics, world, sports, entertainment and lifestyle, log on to our website latestly.com).