Google has received a go-ahead from the Federal Election Commission (FEC) in the US to keep politician campaign emails from being marked as spam. 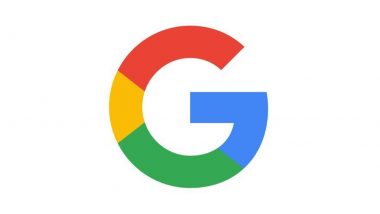 San Francisco: Google has received a go-ahead from the Federal Election Commission (FEC) in the US to keep politician campaign emails from being marked as spam. Google will now allow candidates and political party committees to apply for its programme that would make their messages exempt from Gmail's spam detection systems, reports The Verge. Google Outage: Google Search, YouTube, Google Maps & Other Services Were Down; All You Need To Know.

Google had asked the FEC in June to allow a programme that could keep campaign emails from ending up in spam folders. First reported by Axios, Google's pilot programme would be for "authorised candidate committees, political party committees and leadership political action committees registered with the FEC."

The programme was announced after Google came under heavy criticism that its algorithms unfairly target conservative content across its services and filters Republican fundraising and campaign emails to spam.

"Our goal during this pilot program is to assess alternative ways of addressing concerns from bulk senders, while giving users clear controls over their inboxes to minimise unwanted email," a Google spokesperson told The Verge. "We will continue to monitor feedback as the pilot rolls out to ensure it is meeting its goals," said the company.

Former US President Donald Trump's campaigns were criticised for using spammy tactics in its fundraising emails.

(The above story first appeared on LatestLY on Aug 12, 2022 10:43 AM IST. For more news and updates on politics, world, sports, entertainment and lifestyle, log on to our website latestly.com).