Honor is all set to launch its Honor V40 smartphone in the Chinese market soon. The company confirmed January 18, 2021 as the launch date of Honor V40 via the Chinese microblogging website 'Weibo'. 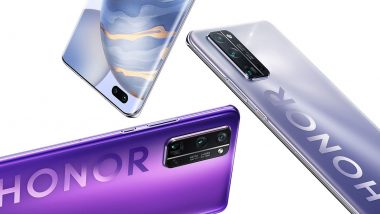 Honor is all set to launch its Honor V40 smartphone in the Chinese market soon. The company confirmed January 18, 2021 as the launch date of Honor V40 via the Chinese microblogging website 'Weibo'. In November 2020, Huawei sold its Honor sub-brand, so, the upcoming phone will be Honor's first phone after the separation from its parent brand. Honor V40 is now available for registrations via JD.com, Tmall, Suning and Honor Mall in China. Honor V40 Series Specifications Leaked Online, Likely to Be Launched in December 2020. 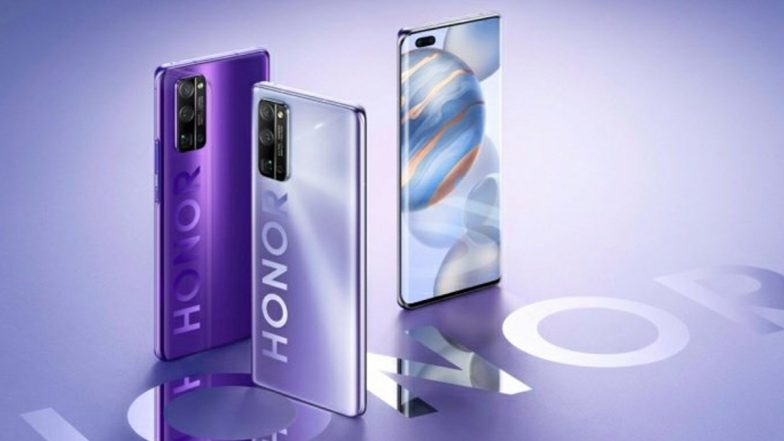 In terms of specifications, the phone is likely to feature a 6.72-inch OLED display that is also available on the Huawei Nova 8 Pro. The smartphone might carry a refresh rate of 120Hz & 300Hz touch sampling rate. For photography, the handset could come equipped with a quad rear camera module comprising of a 64MP main camera, an 8MP secondary lens, a 2MP depth shooter & a 2 macro sensor. Upfront, there could be a dual-camera system with a 32MP primary lens and a 16MP secondary shooter for selfies & video calls. 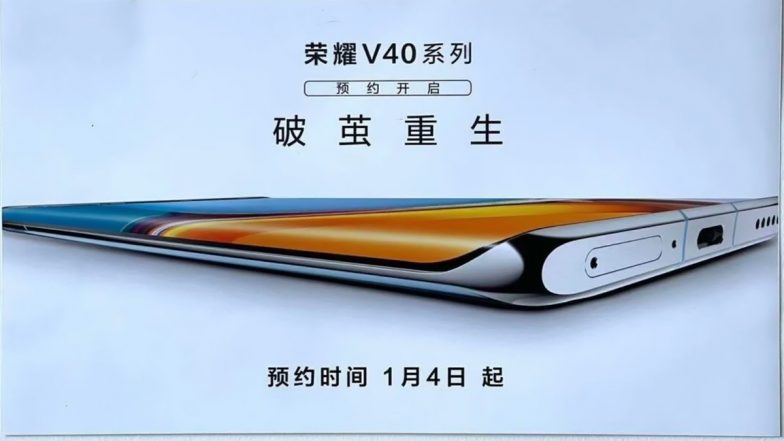 The phone is expected to be powered by MediaTek Dimensity 1000+ chipset coupled with 8GB of RAM and up to 256GB of internal storage. The device is likely to be fuelled by a 4,000mAh battery with 66W fast charging facility and may run on Android 10 based Magic UI 4.0 operating system. In addition to this, several reports have also claimed that the company might also introduce another V40 series device alongside Honor V40 phone. Pricing and other details of the handset will be revealed during its launch event.

(The above story first appeared on LatestLY on Jan 08, 2021 06:18 PM IST. For more news and updates on politics, world, sports, entertainment and lifestyle, log on to our website latestly.com).