Do Kwon, founder and CEO of Terraform Labs that wiped out investors' money worth $40 billion, is now wanted by Interpol which has issued a red notice for him. 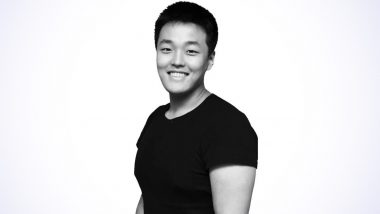 Seoul: Do Kwon, founder and CEO of Terraform Labs that wiped out investors' money worth $40 billion, is now wanted by Interpol which has issued a red notice for him. South Korean prosecutors have requested Interpol's assistance to trace the whereabouts of Kwon, the wanted founder of Terraform Labs accused of fraud following the massive collapse of the firm's cryptocurrencies earlier this year. Cryptocurrency prices in India today (26 Sep 2022).

The request came after Singapore's police said that Kwon was not in the city state, where prosecutors had believed he was residing, reports Yonhap news agency. The blockchain firm has been under investigation for alleged fraud and tax evasion after investors in its cryptocurrencies -- TerraUSD and Luna -- filed complaints against Kwon in May, accusing him of carrying out a Ponzi scheme over the loss of billions of won following the crash of both coins earlier that month.

The Seoul Southern District Prosecutors Office recently had court arrest warrants issued for Kwon and five others -- including Terraform founding member Nicholas Platias -- in efforts to repatriate them and place them under custody.

Prosecutors have also requested the foreign ministry to invalidate the passports for the five South Korean nationals under investigation. The shocking implosion of the TerraUSD and Luna cryptocurrencies threw many young investors into a panic, some of them saying their entire assets were blown up or even leaving suicidal messages.

In a crash starting in May, the once bullish TerraUSD and sister coin Luna had lost almost all their value, sending shock waves across the world. TerraUSD, also known as "stablecoin," and its digital coin counterpart, Luna, traded in the 10 cent-range and nearly at zero, respectively, registering more than 99.99 percent falls from their highs and wiping out nearly $40 billion of investors' money in a week. South Korea's financial authorities said about 280,000 investors were believed to be holding about 70 billion Luna coins as of late.

(The above story first appeared on LatestLY on Sep 26, 2022 11:11 AM IST. For more news and updates on politics, world, sports, entertainment and lifestyle, log on to our website latestly.com).