Panasonic is reportedly planning to mass-produce new lithium-ion batteries as early as 2023 for Tesla that could increase the range of electric vehicles by up to 20 percent. 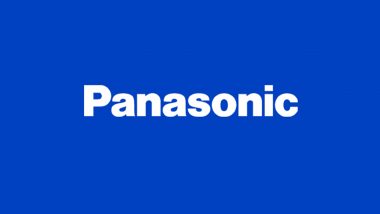 San Francisco: Panasonic is reportedly planning to mass-produce new lithium-ion batteries as early as 2023 for Tesla that could increase the range of electric vehicles by up to 20 percent. According to Nikkei Asia, the Japanese company plans to invest about $705 million in production facilities to make the new batteries for Tesla from as early as 2023. Panasonic Toughbook S1 Rugged Tablet Launched in India; Check Price, Features & Specifications.

Although the battery is said to be twice as big as previous versions, it has a fivefold increase in energy capacity. The 4680 cell is said to boost the range of electric vehicles. The new cells would increase the Model S's range from about 650 kilometers, about 405 miles, to 750km, or 465 miles.

As per report, the company will start making the cells on a small scale this year to develop safe and efficient processes before entering mass production. Panasonic is expanding its Wakayama, Japan plant to mass produce the new batteries. In November last year, the head of Panasonic's battery division said that the company hasn't ruled out producing the cells for other automakers, though Tesla is its priority.

Earlier, Musk said the company would continue to buy battery cells from other companies. "We intend to increase, not reduce battery cell purchases from Panasonic, LG & CATL," Musk tweeted.

(The above story first appeared on LatestLY on Jan 25, 2022 09:23 AM IST. For more news and updates on politics, world, sports, entertainment and lifestyle, log on to our website latestly.com).