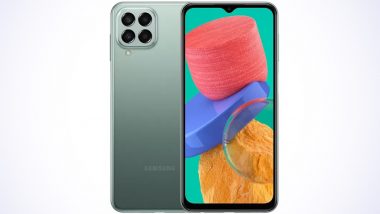 Samsung, the South Korean tech giant, is all set to launch a new Galaxy M-Series phone in India. The company has teased a Galaxy M-Series phone on Amazon India. Though the Amazon teaser does not reveal the name of the device, it reads 'the all-new Galaxy M'. Several reports have claimed the device to be the Galaxy M33 phone. As of now, the Amazon teaser does not reveal the key specifications of the handset but we expect it to be updated with key features soon. Samsung Galaxy M33 5G With 6,000mAh Battery To Be Launched in India Soon: Report. 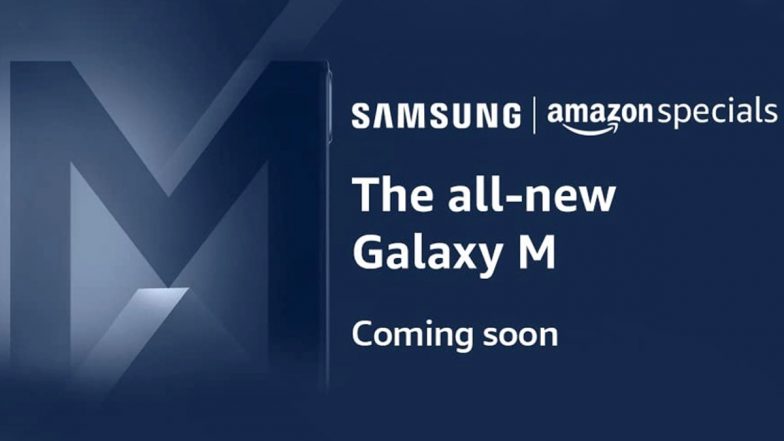 Samsung Galaxy M33 will be introduced as the successor to the Galaxy M32 device. In terms of specifications, the Galaxy M33 is likely to feature a 6.6-inch FHD+ LCD display with a resolution of 2408x1080 pixels and a refresh rate of 120Hz. It might come powered by an Exynos 1280 5nm processor coupled with up to 8GB of RAM and 128GB of internal storage.

For optics, it could get a quad rear camera setup comprising a 50MP primary camera, a 5MP ultra-wide-angle lens, a 2MP depth camera and a 2MP macro snapper. Upfront, there might be an 8MP selfie lens. The device is said to pack a 5,000mAh battery with 25W fast charging support. Connectivity options might include 5G SA/NSA, Dual 4G VoLTE, dual-band Wi-Fi, Bluetooth 5, GPS and a USB Type-C port.

(The above story first appeared on LatestLY on Mar 24, 2022 01:02 PM IST. For more news and updates on politics, world, sports, entertainment and lifestyle, log on to our website latestly.com).