March Full Moon 2020 Date and Timing: All About First Supermoon of This Year 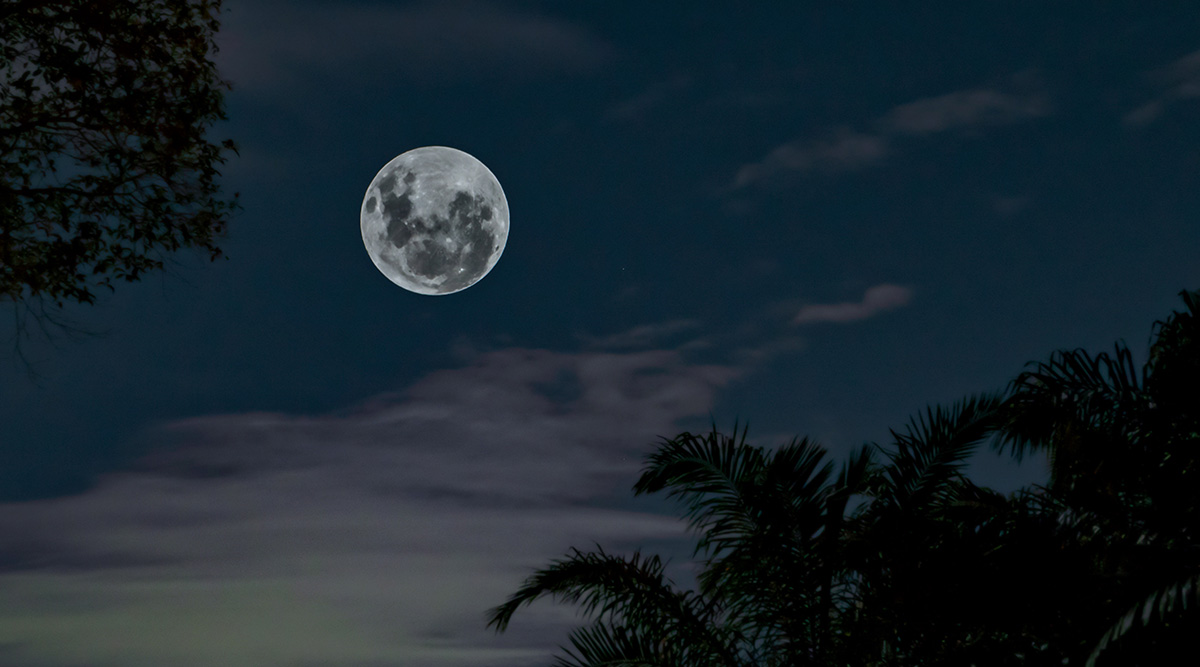 Are you a lover of the moon? Do you love observing the phases of the moon awaiting the new moon? Then it is a double delight for you as the full moon of next month is a supermoon. The first supermoon of 2020 will be observed on the night of March 9 this year. A supermoon is when the full moon is at perigee, the closest point to the Earth. So during a supermoon, the moon appears to be bigger in size and also at its brightest. By the traditional Anglo-Indian names, the full moon of March is called the Worm Moon. Ahead of Full Worm Moon 2020, we tell you everything including the dates, timings and the coinage behind the name. Moon Occult Mars Date and Timing: Places From Where Lunar Occultation Will be Visible on 18th February, 2020.

Date and Timing of March 2020 Supermoon

A supermoon means a phase of the moon when it is at its closest point from the planet Earth. Thus, the satellite appears to be almost 14% larger and about 30% brighter. In 2019, the supermoon coincided with the Spring Equinox making it a rare phenomenon.

Why is it Called Worm Moon?

Most names of the moons come from the ancient tribes which derived season changes based on the lunar phases. During the month of March, the temperatures begin to get warmer. Because of warming, earthworms come out of the soils and birds are seen finding food. It also signifies that the beginning of spring is around the corner. Each moon has more than one name. Similarly, worm moon is also called as Sap Moon, Crow Moon, Crust Moon.

If you do not want to miss the bigger and brighter moon on March 9 then be ready to look to the skies for the first supermoon of the year. You need not need any special equipment to observe the moon unless you want to photograph the details.