Moon Occult Mars Date and Timing: Places From Where Lunar Occultation Will be Visible on 18th February, 2020 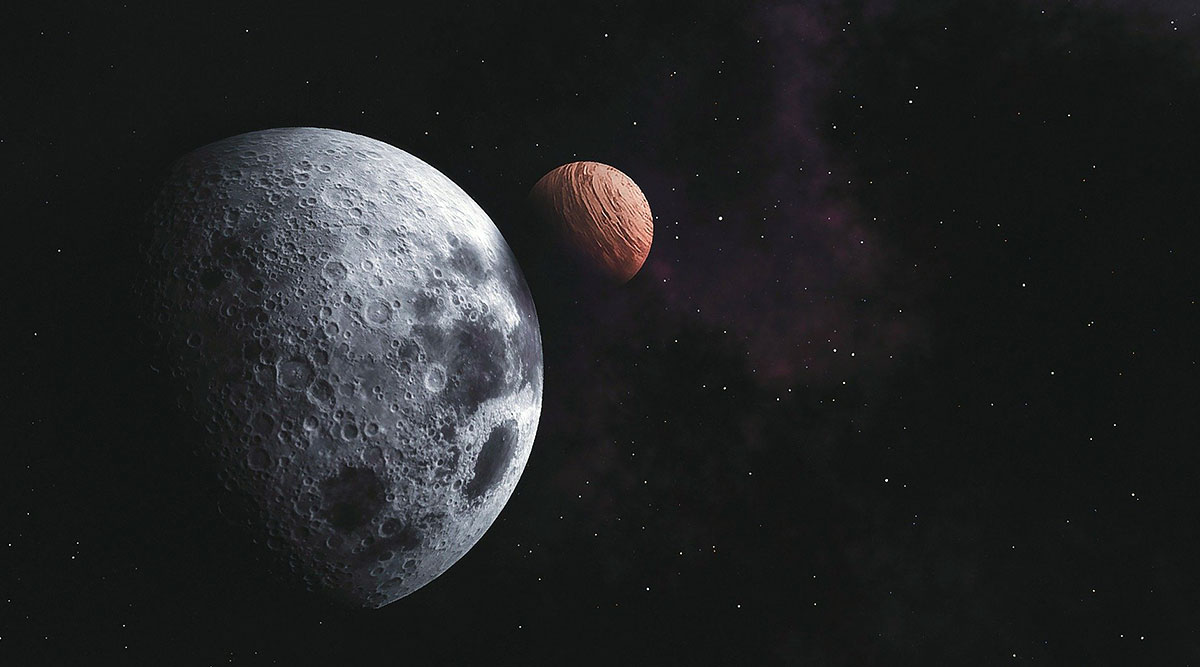 If you love observing night skies, look out for stars and watch for the phases of the moon, then an interesting occurrence of lunar occultation is happening in the next week. By definition, occultation by the moon means those frequent occasions when the Moon passes in front of a star during the course of its orbital motion around the Earth. On February 18, 2020, the moon will pass in front of Mars. The Moon will cover up Mars five times in 2020, but February's occultation is the only one that will be accessible to viewers in much of North and Central America. We tell you more about the timings and places from where it will be visible.

As per Sky and Telescope, the moon will slowly sneak up Mars and for tiny fraction of second, the red planet won't be in sight. This sudden disappearance is also called immersion. If you are a keen observer of the planets regularly and can locate them well then this is quite an interesting phenomenon. Since the moon has no atmosphere, the star remains bright right up to the Moon's edge and its seen vanishes in an instant during the occultation. To be precise it will take about 15 seconds for the moon to cover Mars from start to finish. Given below are the places and timings from when the lunar occulation will be seen.

San Francisco— Reappearance only at 4:30:57 AM PST

How to Watch The Lunar Occultation

One of the most important factors to watch this astronomical occurrence is a clear, cloudless sky. The occultation will begin in dark twilight, with Mars re-emerging from behind the Moon around sunrise. you may need binoculars to witness this event if it's occurring during bright morning twilight. If you're using binoculars, hold them as steady as possible, perhaps by propping your elbows on a hard surface. For a better view, use a telescope. Head to a local astronomy club to watch the spectacle and witness the phenomenon more clearly. (With ANI Inputs)